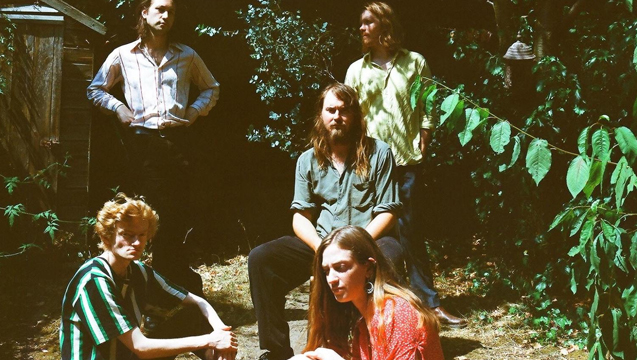 Meet Gently Tender, a reluctantly proclaimed indie-supergroup full of scrappy melancholy and psychedelic sensibilities from the ashes of Palma Violets.

Musically, the band channel their predecessors nonchalant rabble rousing punk stylings, but Gently Tender’s initial offering, 2 Chords Good, makes them feel like a more mature, self-aware and considered band. A band who have been through the ringer and returned to claim their sound again.

In 2015 Palma Violets went off the radar and disappeared entirely. Following the release of their second album, the band simply ceased to exist, sparking rumour and speculation – encouraged only further by the fact that record label Rough Trade confessed to not knowing anything about band.

So, in a move that will undoubtedly upset some of those in the Palma’s camp who hung on to the hope that the band would re-emerge, Gently Tender’s appearance brings with it the inevitable news that Palma Violets are no more.

Still garnished with their trademark swashbuckling energy however, Gently Tender take the essence and honesty of their old project and breath a new urgency and life into it, filling it with scrappy melancholy and psychedelic sensibilities.

Ahead of a packed out show at The Windmill in Brixton, we caught up with Sam Fryer, frontman and chief songwriter for Gently Tender, to get a full run down on the project so far.

Can you tell us about the new track, 2 Chords Good?

It’s probably the most honest song I’ve written, I’m going down to the bare bones of who I am as a person in it. I guess it starts as a real-life conversation between me and a friend of mine, but I start taking it a bit too seriously and go a bit too far into it.

She asks me the question ‘are you gonna put some more chords on your new album’ and I say: ‘probably yeah’ and then the rest of the song is me just completely ruining that and being angry at myself.

I haven’t said this before, but the reason I don’t put many chords is just because if I make the song hard when I write it then I’m not going to want to play it on stage.

How are people reacting to the new project?

I think people love the new direction we’ve gone in. We’re enjoying just actually not needing the audience to respond too much, we can just stand there and really appreciate the songs we’ve written.

In previous bands I’ve been in, like Palma Violets, we relied on a mosh pit - that raw energy from the crowd. But now we don’t need that. We’re actually just really confident in the songs we’ve written, and I think you can see that on stage.

It’s about appreciating being in the song, relaxing into it and staying there for a while and that’s more of a trademark of tis band. We get lost in it.

Where do you see the future of the band?

I think our aspirations are pretty high, I think we’ve got an ambition and I think you’ll hear that in the songs. People will realise that we’re not here to fuck around, we’re here to headline festivals.

That’s our ambition, when I visualise the songs that I’m writing I visualise the live setting and I see big festival stages playing to thousands of people, so I’m not going to hide the fact that I’m incredibly ambitious.

Can you talk me through your songwriting process?

There are times when you can be walking in a street or on the tube and it will just come into your head, and you’ve literally got to go to your phone and record the noise that’s come into your head – that’s one way of doing it. You capture that initial energy.

You have an epiphany. You can have days, weeks, months without that epiphany so you’ve got to appreciate having those moments and it’s all about how you deal with those moments.

Mainly I just mess around and enjoy myself in a room for an hour and you capture that one moment, maybe it’s only five seconds on a piano or a guitar but you capture and listen back with fresh ears and you’re like right today I’m going to finish that moment.

How do you think you’ve grown as a musician throughout your career?

Well it’s difficult to say when my first song is called 2 Chords Good, but I do think we’ve grown musically as a band. I think we’ve discovered ourselves musically; and it’s not about how many guitar-licks you can do because we don’t bother with that shit. We don’t even bother with guitar pedals.

Vocally, as a musician I’ve massively improved, I’ve become more confident in my voice and I’ve discovered a natural level where I can enjoy my voice for much longer; and in backing vocals and harmonies, that’s where we’ve taken a massive step forward.

I’ve been listening to a lot of strange American folk songs - quite a lot of the Charles Manson songs use a lot of beautiful harmonies and I’ve done a similar thing in layering massive choruses with 8 different vocalists.

I’m not really the musician in the band, it’s mainly Peter, he plays with me when I’m writing, and he has a lot going on in his mind musically and structurally, he’s the organised one, I just strum two chords all the time. 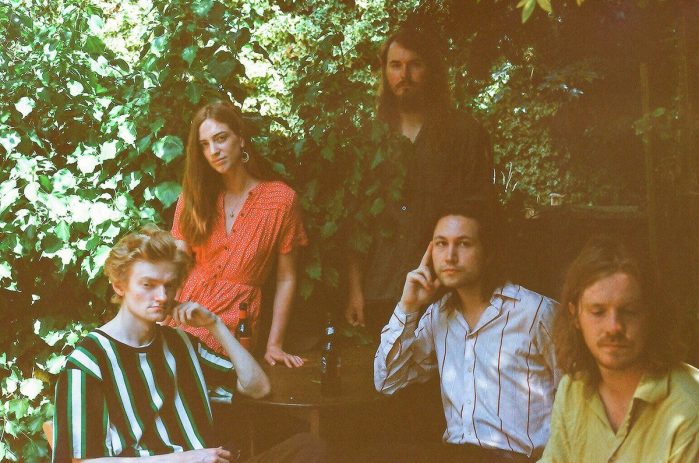 How have things changed since Palma Violets?

It sounds bad to say, but we respect each other more now – we were 18 years old and we were trying to write songs together in a room and it was very intense.

Now we know our roles and we know how to get the best out of each other. Before we’d be screaming at each other non-stop, there’d be an atmosphere and an energy, and you could cut it with a knife.

Here we all listen to each other and spend more time showing each other what we love about different songs. I guess we just have matured, as you would do from 18 to 25.

We’ve played on a desert island in the Bahamas. That was the Weezer Cruise, Weezer ask 50 bands to come and play on this beautiful boat, it’s got casinos – very Americanised. It was very strange, it was very weird.

At the time you’re just playing another show, but when you look back on it you’re like ‘I can’t believe we did that’. It was fucking hot.

Quite a prolific song writer call Greg Ashley, he’s released two records and I listen to him quite a lot actually, I discovered him about two or three years ago from a friend who’s in the Pleasure Routine and Greg Ashley produced their record. I think he’s one of the great American song writers.

He’s never been given the time of day, he’s one of those lonely souls and whenever he gets a break it fucks up for him or he fucks it up himself. It’s difficult in America, there’s just so many bands – if you live in California it’s so much more difficult to make it.

What’s your advice for new artists in the industry?

Just write a song, don’t try to make it good – people will notice if you’ve tried too hard.

What I’m saying is don’t put too much pressure on yourself. Just write a song and write all the time. But don’t rehearse all the time, you’ve got to keep yourself excited.

The only good rehearsals are shows, so play a lot of shows.

As Palma Violets, you played a legendary show in a tiny Scunthorpe venue called The Lincoln Imp, it’s a gig that people in the town still talk about to this day, what are your memories of that show?

There was so much energy from the crowd and it became really aggressive, it felt like the wild west. They got some guys from the armed forces to get on stage with us and make a barricade because the crowd was just so strong. Lawless times.

Someone asked me the other day, why we did those shows in places that bands don’t normally venture to. But the fact that you said people are still talking about it – that’s why we did it. It means a lot more to people who aren’t in the bigger towns.

Gently Tender play The Lexington in London on September 26th - get tickets here.

Pick up the vinyl for 2 Chords Good from Big Score.
Features