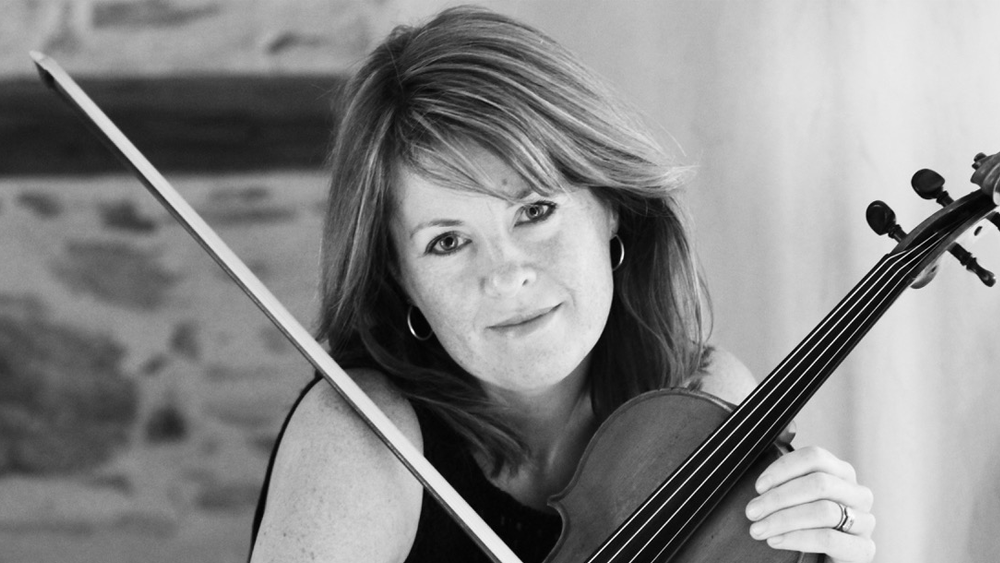 ‘Children respond to all sorts of music, they can joyfully listen to classical, reggae, swing jazz - you name it!’ BAFTA Award-nominated Ellie Wyatt on composing for kids TV.

‘Children respond to all sorts of music, they can joyfully listen to classical, reggae, swing jazz - you name it!’ says BAFTA Award-nominated composer Ellie Wyatt.

Having found her way into composing for children’s TV almost by accident, she’s revelling in the creative freedom the genre offers.

‘I’ve found you can use all sorts of styles when writing for kids. And, if you can get a simple, fun message across without dumbing down the music then the parents will like it too!’ she continues.

Ellie’s eloquent sounds adorn many contemporary children’s TV hits. From Molly and Mack to the animated Tee and Mo via Sesame Street and beyond, her love for making genre-straddling music is a perfect fit.

How did your career in music begin?

I began my ‘career’ in music by touring around the UK with a high energy, hippy festival band. I spent the best part of seven years in a van and on stage, and although I learnt a huge amount about performing and being able to sleep anywhere, I wouldn’t call it a career as we were consistently skint.

After the usual ups and downs or being signed and dropped and signed and dropped, and some time spent living in LA, I’d had enough of trying to ‘make it’ in music and decided to get a job teaching instead. I’d always taught kids private piano and violin lessons and my classical grades were enough for me to get a job at a posh private school in Brighton. I was thrown in the deep end somewhat, but I had an incredible mentor there, and I learnt a huge amount about children’s music from her, putting on shows and performances, writing original songs for the kids and having to understand what they responded to.

What was the breakthrough moment?

While I was teaching I started pop songwriting every weekend and sending CDs out to companies. I built up my network and started recording string sessions for people. I became part of a production team and we landed a few ad jobs. Eventually it got to the point where I decided to stop teaching at school and try and give my own music a proper go. Two significant break through moments were: when I was asked to arrange and play strings for an unknown Dutch jazz singer who went on to become the multi-million selling Caro Emerald and; when a Brighton manager recommended me to Nick Cave and his musical partner Warren Ellis, and I then had the incredible honour of working with them.

You've worked on a series of CBeebies programmes - what led you to work in the world of kids TV?

One of my original bandmates, Dominic Minns had gone on to become the director of a very successful animation company called PlugIn Media. When his original animated series Tee and Mo was commissioned by CBeebies he asked me to write music for the show with him. He knew I had done lots of work with children and that I had a passion for songwriting, and we still played music together in a cabaret ukulele band called The Ukes Of Hazzard.

Writing children’s songs for CBeebies became the next chapter in our life long musical adventure together! The Tee and Mo songs were so popular that I began getting asked to write songs and themes for other shows too.

What's the appeal of writing music for this medium? And how does it fit alongside your other work?

My work is really varied - string arranging, pop writing, composing for ads and library music. Writing children's TV music came along at the perfect time for me as it coincided with having my own daughter and being completely in the zone with with watching kids TV shows and constantly making up songs for her. She basically became my mini judging panel of one.

Children respond to all sorts of music, they can joyfully listen to classical, reggae, swing jazz - you name it! This means there’s actually a lot of freedom to use all sorts of styles when writing for kids. If you can get a simple, fun message across without dumbing down the music then the parents will like it too!

What have been your favourite kids TV scores to work on?

Tee and Mo was a massive learning curve for all of us. I worked closely with Dom and jazz pianist, Joss Peach. None of us had scored a series before but we became a brilliant team and had huge amounts of fun learning together. The score was really organic and we played loads of it on real instruments - piano, violin, uke, percussion, the odd cheese grater and saucepan. When I listen back I am really proud of the sound palette we created for that show.  It was also a total joy working on Kit and Pup with director Tom Cousins and my co-composer Jamie Salisbury. Again the show found it’s own really cute and distinct sound.

What's the secret to a great score for a kids TV show?

I think that a lot of children’s scores require humour and comic timing to highlight the action. I love the shows that have an instantly recognisable sound to them and something that belongs to that show specifically.

I always think of the kids shows I grew up on like Bod, Bagpuss, Mr.Ben and The Flumps. Each had its own distinctive sound and brilliant melodies which most people of a certain age can still remember! You can’t beat a great tune, even if it does become an incessant earworm!

With CBeebies going from strength to strength, are there more opportunities than ever for composers working in this world?

I really don’t know the answer to that one. I guess with Amazon, Netflix and Nickelodeon etc all making new children’s content there must be!

What other projects are you working on?

I’ve just written two new songs for the next series of Molly & Mack on CBeebies and there are second series on the horizon for the other shows I’ve worked on as well as some US productions.

I'm also working on a really exciting project, which is a teen novel with integrated music… A Booksicle if you will! The story is about two young girls in the music industry and a lot of the themes in the book are very familiar to me which is why it has been so fulfilling to write songs for it. I’m envisioning it becoming a TV series eventually, so watch this space!

How do you write for a series like Tee and Mo? Do  you score to picture or to a brief?

For Tee and Mo and Kit and Pup the music is meticulously scored to picture. Normally we start working at animatic stage and then finalise timing when we get a picture lock. For both shows we did write some music before it started to establish the sound palette of the show and work out which instruments we would be focusing on.

How do you get kids' TV gigs? Do companies/production teams come to you? Or do you have to bid/pitch for opportunities?

Some and some! A lot of the time you do have to pitch for jobs which is a lot harder as you don't get to speak to the producers of the show and really get a clear and direct brief. It’s always easier when you’ve actually spoken to someone and got a description of their vision. It also gets easier the more you work with someone and build up a working relationship and musical communication.
Features