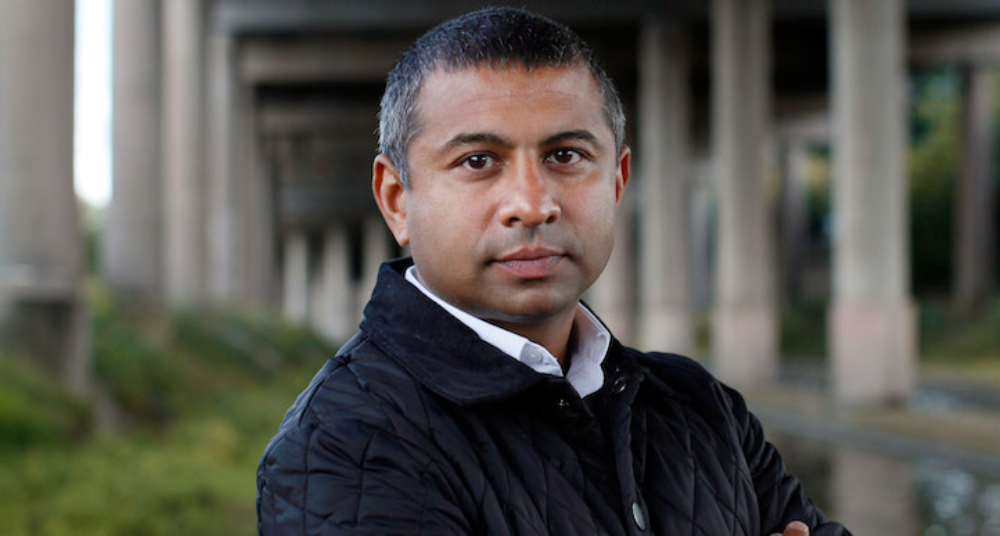 ‘As the diversity taskforce, we’re really clear about our mission statement and what we want to do. We want to change the workforce and make it more diverse and how do we do that? We use data. We use policy. We use influence.'

The survey tracks progress to boost diversity and inclusion in a music industry that contributes £5.2 billion a year to the UK economy and sustains 190,000 jobs.

Given the recent Black Lives Matter protests, #BlackOutTuesday and #TheShowMustBePaused campaigns, it arrives at a crucial time.

'Defining change often happens in weird times and spaces’, Ammo begins. ‘The stuff that we really care about as humans can get pushed aside by the day-to-day. COVID-19 has created an immense amount of pressure on individuals and organisations especially in minority communities. Then, of course, the last 20 days have had a profound impact on millions of people globally and that’s just ricocheting into every part of our lives. Everything has just gone straight to the top in terms of conversations and debate around what diversity is, what it looks like and whether we’re working in a biased, segregated or even racist sector. It’s not about calling out individuals, it’s about how systems change needs to take place and what actions are delivered with respect and authenticity.

He continues: ‘We have to attack this with a plan; with clarity and really, really smart targets. When I say smart targets, I mean we need to approach it in a way that will allow change to happen rather than individuals or companies just saying it’s going to happen.

'We don’t need to bash anyone over the head with equality and diversity. The Baftas just did that, the last 21 days have just done that, the dismantling of the word ‘urban’ does it. It’s already happening.'

'For me, what sits right at the top of the table is responsibility and accountability. They are two different things. If you look at large organisations, responsibility for 'Diversity' is usually devolved down to a head of diversity and inclusion, but accountability is kept somewhere else. What we need to do now is identify who is accountable. So, is it the CEO? Is it the chair? Is it the trustees? Who is accountable? In most organisations, you have still have a lot of white middle-aged men who struggle to deal with blind spots, privilege and the truth. That’s not good for an industry built on on diverse, raw, young talent ’

‘I believe in the human race and I believe that most people want to see change but sometimes just don’t know how to go about it. We have to nudge and nurture but remain firm and focused. We don’t need to bash anyone over the head with equality and diversity. The Baftas just did that, the last 21 days have just done that, the dismantling of the word ‘urban’ does it. It’s already happening.

‘Our approach needs to be: How can we help you change? How can we help you do the things you’re already doing, better and at pace? The next thing is putting strategy behind it. This is where the rubber really hits the road. Strategy requires time and resources. You may get past the responsibility and accountability hurdles, but then you need to look at policy, governance, ownership and line management, for example.

‘We have a ten-point action plan at the Diversity Taskforce that we will implement over the next three months. If you’re struggling to recruit Black and Asian candidates, ring-fence some money for outsourcing recruitment to agencies that understand diversity. Bring in specialist speakers across the whole year, not just Black History Month. Look at representation from a middle and senior management perspective. Fast track investment into known talent. Then long-term change, like tackling the pay gaps and the diversity of board and decision-making rooms, will be easier to leverage. It’s not going to happen overnight but we can’t remain at our current situation or previous pace.'

‘I believe in the human race and I believe that most people want to see change but sometimes just don’t know how to go about it. We have to nudge and nurture but remain firm and focused.'

Since 2016, the UK Music Workforce Diversity survey has provided insight into the slowly improving diversity in the music industry but also revealed where more work is needed.

‘In certain areas, diversity has improved but in others it doesn’t feel as if it’s moved at all’, Ammo responds, when asked if he thinks we’re making progress. ‘For instance, you could look at gender representation and you could take a data audit of all of the labels and you could probably see that it’s getting a bit better. But if you add race into that matrix, and class, you’ll find that its progress has been far too slow. It’s a complex ecosystem but as a whole, it’s not representative at all of the way cities have morphed, music has changed and technology has grown. We have to be reflective of the society we live in, of our stakeholders, our audiences and at the moment I wouldn’t say that the music industry is. Front facing with artists, perhaps it looks and feels warm, but workforce? Definitely not.'

One thing is clear from our conversation, when it comes to diversity and inclusion, data capture is critical both for measuring success and identifying failures. Despite this, the UK Music Workforce Diversity Survey is the only data-driven survey that looks at representation in the music workforce.

‘Everything comes back down to the Taskforce when analysing data and evidencing change especially to government, trade bodies and policy makers, whether we like it or not, and so getting the survey right, the questions right and the reach right is crucial.

‘We’re representing the UK. We’re not just talking with companies in Shoreditch or Kings Cross. We’re representing Bristol, Newcastle, Newport… it’s really important that we’re talking with organisations, musicians and creators who make up such a large proportion of the music industry ecosystem nationally . We’re working with the likes of PRS, PPL and MU who have member representation across the whole of the UK so our data set is far richer. This means we can make faster, harder demands when the report is released.’

As the COVID-19 pandemic unfolded, it was widely reported that the live sector alone would see £900m disappear from its annual contribution to the UK economy. Anxious that focus would begin to shift away from diversity and inclusion progress, Ammo called publicly for the industry to ensure that efforts were not sidelined. It has of course since transpired that the coronavirus is not colour blind.

‘The evidence tells us that COVID-19 has affected Black and Asian communities the most’ he says. ‘Also, most Black and Asian communities are predominantly working class and far more are frontline workers. There’s currently a study being carried out that looks at creatives within the Black and Asian community and the effect COVID-19 is having. Unfortunately, it has created a real sense of anxiety amongst artists and small organisations. We were vulnerable beforehand and COVID-19 has made us more so. A lot of the time these organisations and individuals fall through the cracks. They don’t have the track record, structures or governance to apply for public funding, they don’t know the coded language that you need to know to receive money. As a result they are getting pushed back to the bottom of the supply chain. This worries me, but I also know that minority communities are often the most resilient because we’ve always had to be resilient, but there is definitely anxiety around what it’s going to look like post-pandemic.'

On June 2, the music business took part in the #TheShowMustBePaused, an industry-wide blackout in support of Black Lives Matter protests after the death of George Floyd. The movement was launched by two Black female music executives, Jamila Thomas and Brianna Agyemang, as a day for ‘an honest, reflective and productive conversation about what actions we need to collectively take to support the Black community’. Almost every music business organisation stood in solidarity with the movement on that day, but there are questions as to whether real structural change will follow.

‘I think every single organisation within the music industry that doesn’t follow through with Smart actions should be held to account. Ammo says, when asked whether organisations are likely to stay true to their word. ‘People are watching those companies that say nothing, even more so now and they are watching very carefully. I think there was a knee-jerk reaction after Blackout Tuesday, which was inevitable, but now it’s about working on the granular details.

'We need to look at structural, systemic and culture change including targets for change, radical governance and power shift around decision making.'

‘As the Diversity Taskforce, we’re really clear about our mission statement and what we want to do. We will change the workforce and make it more diverse, modern and reflective of the world we live in. How will we do this? We’ll use data. We’ll use policy. We’ll use influence. We’ll use change-makers, We’ll work with partners who share similar values and ethics. We can’t do it all, but I think this is definitely a pivotal moment, because these types of conversations have never been had at this level and at this range.

‘So what do we actually, really need? We need people with privilege to understand that privilege and really understand systemic race and class issues in the music industry. That’s what we need. I think we also need more people walking off boards, to make space for new voices. We need to look at structural, systemic and culture change including targets for change, radical governance and power shift around decision making. I think the US industry is making moves; I hope that the UK industry players follow, but will they? I don’t know.

For a lot of people, it feels like we are at a major watershed. The impact of COVID-19, the centrality of the Black Life Matters movement, the economic pressures being faced globally, and the fact that some aspects of life may never return to ‘normal’, makes this a crucial time in our collective histories.

‘If organisations can’t tell me who’s accountable and who’s responsible and you can’t put some money towards this, then this isn’t for them’, Ammo explains, when asked how he sees things moving forward.

‘We need to be really clear in our messaging, so I keep it simple. As humans we are thrown so much information at so much pace and often don’t know where to turn. I tell people to turn to the truth and ask themselves whether they really want to make the change they talk about?

‘This is about more than music, but I believe music can and will stand up and be counted. People are taking a fresh look around them; statues are falling, the histories of figures like Rhodes and Colston are being examined, terms like ‘urban’ are being dismantled, There’s a connection between these events and that connection is visceral at the moment. It’s visceral and it’s human.’