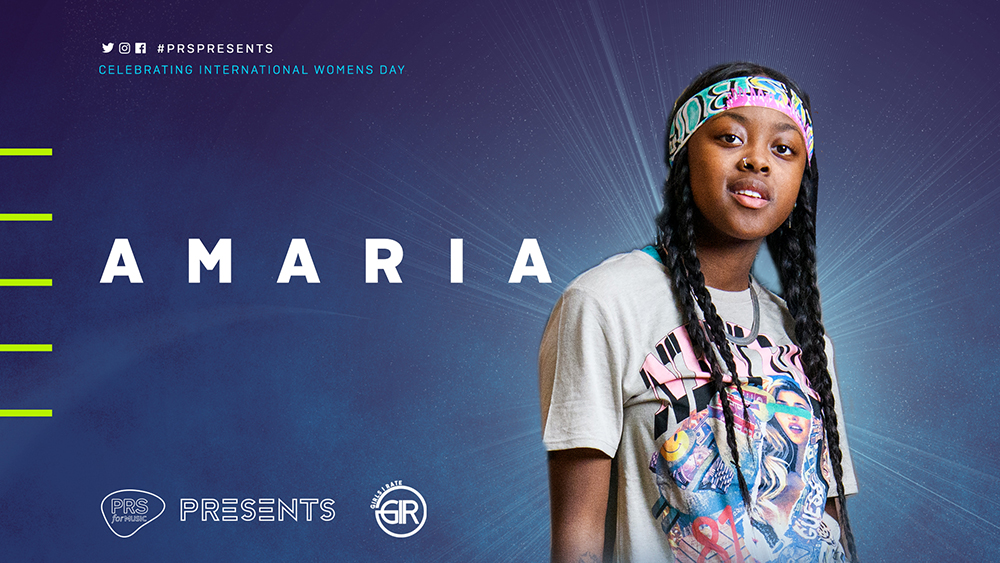 Amaria might still be in her teens, but she’s already won a TV talent show, performed at Radio 1’s Big Weekend, performed in New York, and appeared on the same bill as Leona Lewis.

Amaria might still be in her teens but she’s already won a TV talent show, performed at Radio 1’s Big Weekend, appeared on the same bill as Leona Lewis, and performed in New York.

With an enviable set of experience, despite her youth, and a bucketful of raw talent the Hackney native looks set to dominate the music industry in the coming years.

Earlier this month Amaria joined her peers Etta Bond, Miraa May and Paigey Cakey for the latest edition of PRS Presents held at PRS for Music’s Kings Cross headquarters.

The event was held in partnership with Girls I Rate to celebrate International Women’s Day, and featured some of the best UK talent around.

Watch her perform Lovers Do here: