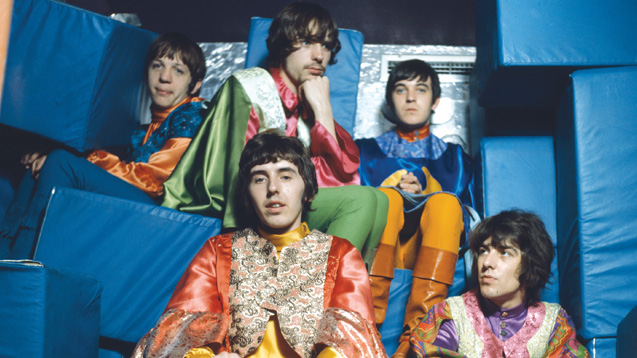 Procol Harum arrived in spectacular style during the summer of 1967 with their debut single. Here, co-writer Gary Brooker shares his memories on how it all came together…

English rock band Procol Harum arrived in spectacular style during the summer of 1967 with their debut single A Whiter Shade of Pale. Its blend of blue-eyed soul and gentle psychedelia instantly caught the zeitgeist, propelling it to the toppermost of the poppermost in June of that year. Here, co-writer Gary Brooker shares his memories on how it all came together with his creative partner Keith Reid…

I met Keith Reid via Guy Stevens, who was a mutual friend of ours. Guy was a big operator in 1966 - he was an RnB DJ and was working with Island Records. One day I went around to his and he introduced us: ‘This is Keith. He writes lyrics. This is Gary. He writes music.’ I thought, ‘Hang on, I haven’t written any music yet, never tried!’

Back then, I was living at my mum’s house in Southend. One morning I started playing a bit of Bach’s Air on the G String. It had been on a Hamlet cigar advert and I was trying to learn it by ear. It’s got a descending bass line, and when I put chords with it and went all the way down the scale, I found I was back at the beginning – it was circular.

The postman arrived when I was playing around. He delivered some lyrics from Keith which were, in fact, A Whiter Shade of Pale. There are quite a lot of words in that song! His lines, ‘We skipped the light fandango, turned cartwheels across the floor’ are quite a mouthful so I had to spread them out, improvising as I went along.

I wasn’t thinking it could be commercial or popular, I just wanted to be able to remember it! Back then, you had to play things over and over until they got into your head. Not everyone had recorders to capture their ideas. Even in those early stages of the song I thought it was interesting, and that it could have potential. But I didn’t jump out of my mum’s bungalow shouting, ‘I’ve written a hit! I’ve written a hit!’ I didn’t follow any trend or pattern or current fashion, but I think that’s what helped it in the end.

Although Keith and I had a very good relationship and worked with each other over many years, he never actually told me what any of his lyrics meant. But I knew what they meant to me. That’s how I liked it, I wanted the music to reflect what the words felt like. All I had to do was somehow make the chorus sound like a chorus by adding a triplet on the lead up to it. Apart from that, the chords are exactly the same in the chorus as they are in the verse. A lot of people might not notice that, but they are.

We recorded it with producer Denny Cordell, who’d already had hits with Georgie Fame (Yeh, Yeh) and The Moody Blues (Go Now) so he knew his craft. Back in those days, we only had four-track recorders. The organ got its own track, as did the vocal, then the other two tracks were split between bass and drums on one and guitar and piano on the other. It really didn’t take very long - everything was recorded live, no overdubs.

In those days, singles sold a lot. I didn’t have a phone, but I’d go down the local phone box to see how many had been bought that day. It’d only been out a few days and they were saying, ‘It’s shifted 43,000 today’. The next time I called they told me it’d sold 85,000 and was at number one!

I don’t really think A Whiter Shade of Pale influenced many other musicians directly, but it’s become a part of so many people’s lives. People got married to it, and they still do. People play it at their wedding anniversaries or request it at their funeral. You can go anywhere in the world and people may have never heard of Procol Harum, but sing the opening line of A Whiter Shade of Pale and they know exactly what you’re talking about.