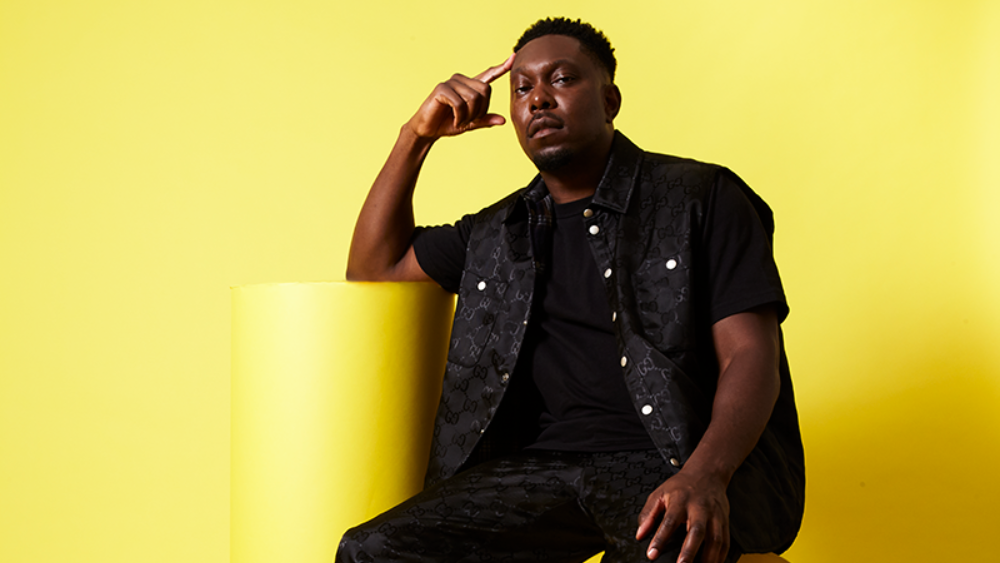 Following the news that Dizzee will soon be honoured with an MBE, Yemi Abiade explores what the record meant to him and how it ushered in a new era of underground Black music.

By 2003, winds of musical change were blowing in London. The halcyon days of UK garage and the champagne-guzzling, Moschino-wearing, sun-kissed riddims that came with them were giving way to something darker, moodier and more fierce. A movement that would change the face of UK Black music beyond musical and cultural recognition in the years to come. For, on the streets of East London, grime was bubbling, with a new class of abrasive young upstarts, too young to attend garage raves, lighting up the underground milieu of pirate radio. Sharpening their skills and practising their best bars, this is where our legends’ careers were born. From Wiley and Kano to Lethal B and D Double E, grime’s DNA borrowed from the energy of the final days of garage - the likes of So Solid Crew, Heartless Crew and Pay As U Go Cartel - and regurgitated it back out for the then-modern London youth.

From the hazy view of my council estate in Camberwell, South London, my younger incarnation was none the wiser of what was happening east of the River Thames. A relative beginner on my personal musical journey, American rap ala 2pac, Biggie, Missy Elliot and Busta Rhymes was my vice, with the sounds of UKG humming from my big sister’s room representing my first conscious venture into UK music.

But a shift was coming. I was 11 years old when I witnessed a skinny young Black boy six years my elder on TV picking up an award that, unbeknown to me, was the land’s most prestigious musical accolade. I was oblivious to one Dylan ‘Dizzee Rascal’ Mills, the subject on the TV that fateful autumn evening. This changed when he picked up the 2003 Mercury Prize for his debut album, Boy In Da Corner (BIDC). Watching the video of the seminal I Luv U, Dizzee’s first single, on Channel U quickly followed, with the young upstart from Bow E3 dressed to the nines like the elders that lived on the council estate behind me. A connection was made; Dizzee was for me. In the midst of my big brother’s mammoth CD collection, littered with classic rap albums, BIDC’s enduring cover, Raskit’s rebellious seated stance, clad in all Black with two fingers protruding either side of his head, amongst a blinding yellow backdrop, hypnotised me. Without knowing the album’s significance, it felt special off of visuals alone, ground zero of grime for me.

I have little memory of my first listen but, after years of reflection, I realise that BIDC spoke to me without me knowing it. Dizzee’s ability to look inward as well as outward in his storytelling, and his penchant for introspection, as a 17-year-old, was beyond my levels of understanding. But it was obvious that he was talking for people like himself, young Black boys lost in a world of anger, misunderstanding, paranoia and intolerance for those around him painting him as a menace to society. The street life he witnessed growing up in Bow, East London, the friends he had lost to that life. BIDC, in many ways, was commentary from the frontline, Dizzee the news anchor narrating the madness. The album revealed to me the intricacies of being a young Black boy in London; the slang littered throughout, the dissection of the ‘screwface’ conundrum on Stop Dat and tales like Brand New Day’s let me know the hood existed in London, that they weren’t just American problems.

As I got older, naturally, the messages started to click, and Dizzee’s power of storytelling became more poignant. Though exploring what he has witnessed in his own ends, he created a transcendent piece of art applicable to any hood not only in London, but the UK as a whole. We all have friends that have seen what Dizzee has, that can relate to losing friends, teenage pregnancies and the feeling of suffocating in your own city with no refuge. The haunting riffs that usher in album opener Sittin Here forever set this pace, but by the final track Do It, with a beat murky yet optimistic in execution, leaves hope for a brighter day, for potential to be reached. By the time I turned 21, I recognised Dizzee had done just that, right out of the gate. Listening to the album today, at the age of 28, it still sounds like nothing I’ve ever heard, 17 years and thousands of albums later.

It is only with older ears and continued listening that I comprehend the intelligence of Dizzee’s lyricism throughout. On tracks like Brand New Day, Cut Em Off and Jezebel, he condenses subjects like promiscuity, stereotypical images of young Black teens and friendship-turned-rivalries that envelope all Black London youth into digestible nuggets with impeccable ease. Sittin Here is arguably the purest form of self-inspection a UK rapper has exhibited, before and after Dizzee. Meanwhile his valiant cry of 'Fuck the glitz and glamour, hit em with the blitz and hammer,' from Fix Up Look Sharp proves Raskit’s authenticity trumps all. He will do him, whatever the weather. His flows throughout the album are akin to a supreme tap dancer as he comfortably finds the perfect pocket for each track, keeping it fresher than a new pair of all white Air Force 1s. Production wise, that Dizzee constructed all of the beats is the equivalent of a child prodigy admitted to Oxford University at the age of 10. Standing next to other seminal grime productions of the time, like Wiley’s Eskimo, Youngstar’s Pulse X and Danny Weed’s Creeper, Dizzee arguably deviated with his fiercely experimental and layered soundscapes, but with them, he opened up grime’s sonic confines at an early stage, beyond the grimy garage and eskibeat of the time.

BIDC captured a movement, a burgeoning culture, with style, finesse and an unabashed defiance that made the nation gravitate towards Dizzee. Without knowing it, he laid out a blueprint for his generation, a cohort of young upstarts we know look at as legends, icons and stalwarts of UK Black music. He was a poster child for nerdy kids like me who may have caught the tail end of UK garage’s dominance and fully immersed themselves in grime, our genesis, our entry point. But additionally, he served a sucker punch to the face of the British mainstream, now getting clued up on the new ‘urban’ sound of the day.

That Dizzee became an industry darling off the strength of BIDC was decisive for just how UK Black music is seen and received today, from him all the way down to D-Block Europe. Young Black kids, all of a sudden, could become the superstars on TV that we watched across the pond, with stories that spoke to us. Quite a bit of weight to be placed on one album and artist, but its warranted.

So, one time for Boy In Da Corner, an album that showed me that UK Black music could be more than just that.