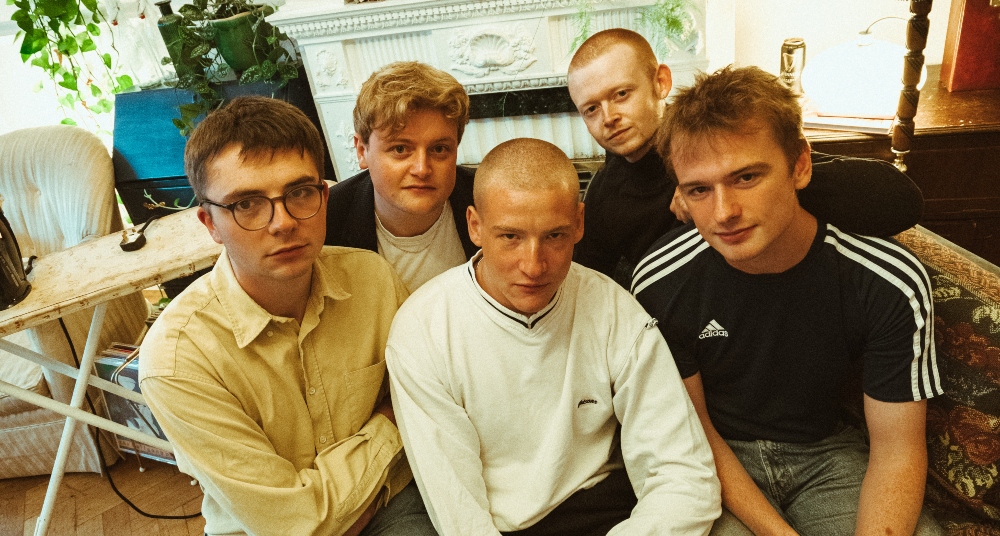 To celebrate the release of their hotly anticipated second EP, In A Middle English Town, we asked Home Counties to make us a playlist.

Firmly establishing themselves over the past 18 months as one of the UK's most vital new bands, Home Counties have today released their second EP In A Middle English Town. A perfect time to ask about the songs that make them tick and for bassist Bill Griffin to make us a playlist.

The Velvet Underground and Nico - I’m Waiting For The Man

The Velvet Underground & Nico (the album) opens with the melodic Sunday Morning, but I would argue the album doesn’t truly start until the following track I’m Waiting For The Man kicks in. Velvet are known for their signature drones, controversial lyrics, and chaotic recordings, and I can think of no better example of these elements coming together in harmony than this track.

Wet Leg’s music has truly taken the world by storm and we’ve been in awe of how consistently exciting and fresh they have been. I first heard this song when my dad showed it to me after hearing it from Jo Whiley on Radio 2 - that’s when I knew they were going to be big.

The band favourite of Marquee Moon is certainly the title track, but I would argue that this track has had a longer lasting impact on our sound. While the album is full of tasteful riffs, Friction sticks out as the most bold and interesting.

Who doesn’t love Talking Heads? I’m certain we all have our own personal favourites, but I’m sure we all have a shared love for the energy and craftsmanship that David Byrne and crew implement on their records. The Lady Don’t Mind is one of Talking Heads' more commercial songs, but I think it sticks out as the band at its best.

Omni have made a massive impact on the current music scene, despite not being particularly well known. Their debut was recorded by the guitarist and bassist/singer in a shed somewhere and somehow they created one of the most interesting and distinct albums of the 2010s (at least in my opinion, anyway). Listen to Jungle Jenny and see how you feel after the final chorus, maybe you’ll see what I mean.

We’ve been long term fans of Courtney since Tell Me How You Really Feel dropped a few years back. Her distinctive nonchalant vocal style and character-filled songwriting has stayed fresh and this song has remained a personal favourite.

DUDS’ debut Of A Nature And Degree came out in 2017 and absolutely blew us all away. So much of the music being made around that time was a shameless rip-off of this album, I think we’ve managed to cover up our shameless stealing a little better nowadays. This song is the closer and a personal favourite.

Bull - Find Myself A Job

Some of us went to Uni in York where we got to see Bull in their natural habitat. They were fantastic then and they've spent the last six years getting even better. We’ve been waiting for their debut album all that time and so it was truly magical when it finally dropped, I hadn’t heard this song before so it was a pleasant surprise. I've long said that it is bold of a band to only release hits.

So much of what bands are playing at the moment was written by DEVO 30 years ago, we certainly owe a lot to their scattered guitar playing. This song was one of the first I’d heard of its kind; it just builds and builds until you crash into the final chorus.

Arctic Monkeys - From The Ritz To The Rubble

Everyone had their Arctic Monkey phase when they were younger. We all got into their debut so long ago that we’ve almost forgotten how deep their influence goes. It was only during the last tour that we reignited that passion, this song was a personal favourite and was instrumental in developing many band inside-jokes.

{ ; } }
Home Counties new EP In A Middle English Town is out now.
Features