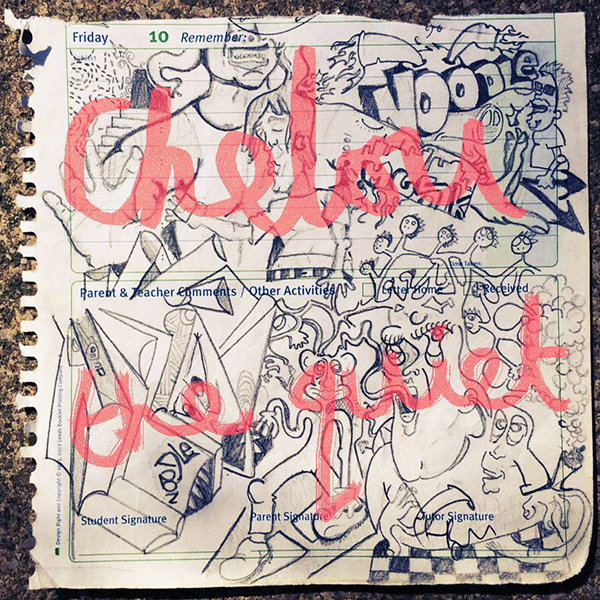 Chelou is a lone wolf who’s so far managed to keep his true identity under wraps. With a lush musical dexterity and interesting palette spanning acoustics and electronics, he's an refreshing proposition who's committed to taking things at his own speed.

Who? Chelou is a lone wolf who’s so far managed to keep his true identity under wraps.

From where? London, we think…

What’s the story? We haven’t learned a lot about Chelou since his first track, Reverse, landed on SoundCloud back in December.

Its resolute guitar licks and submerged vocals provided a heady introduction to his dreamy sound and sent expectations through the roof for the parent EP The Quiet, which was released through iTunes in February.

With a lush musical dexterity and interesting palette spanning acoustics and electronics, Chelou is an refreshing proposition who's committed to taking things at his own speed.

Happy to let the music do the talking, Chelou prefers to remain faceless, with limited social media presence pointing to the essentials: music and artwork.

The tactic has paid off so far, with kindred spirits All We Are falling for his sound and inviting him to support them on their latest UK tour.

He’s also just recorded a track with Maya Jane Coles for her next Nocturnal Sunshine record.

Don't miss him when he plays at The Great Escape on 16 May.

Predicted to? With PRS for Music Foundation’s Momentum Music Fund backing now in place, expect to hear a lot more from this elusive talent.

Must hear? The Quiet -