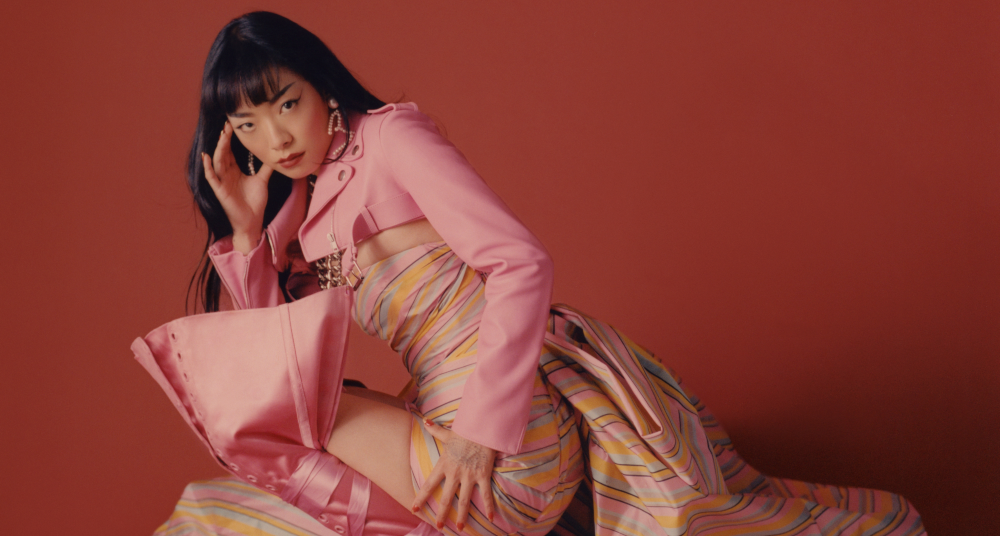 If you want to chart the LGBTQ+ experience over the past 50 years, look no further than the charts themselves. Yesteryear’s Top of the Pops, today’s top streaming counts, the banned songs and the evergreen hits.

Why? Because music is more than universal, it’s tribal. Uniting groups, lifting communities, drawing members of the dancefloor together. Add some lyrics and it’s a mirror. Reflecting politics, social shifts, household battles, love affairs and words on the street.

Buoyed by the Stonewall riots of ’69, it’s possible to believe that the ‘70s began with positivity and confidence. But society’s tides don’t turn overnight.

Elton John’s Goodbye Yellow Brick Road was a clear nod to The Wizard of Oz, and the recent death of Judy Garland, whose rudely interrupted wake at the Stonewall Inn was the trigger for those riots. But these were the days when Elton, despite his uber-camp costumes, was still the public straight man.

Queen hit the charts in ’74 with Killer Queen, followed by a roll-call of hit singles from equally successful albums. But much like Elton, their glam was a form of theatre. In a world where homosexuality was still seen as a counter-cultural threat, Queen were less gay, more gay-adjacent.

Bowie as Ziggy Stardust gave similar gay-seeming show with his stratospheric Starman. But once done with Ziggy, his hit songs weren’t necessarily the voice of a minority at war with the majority. Could a transgressive rock star – in the guise of Thin White Duke – really represent a persecuted community while flirting with fascism?

Glad To Be Gay - Tom Robinson

Then came disco. First, Carl Bean’s I Was Born This Way in ‘75. Followed closely by gender-fluid Sylvester, belting out ‘You make me feel mighty real’ and the Village People, playing with sub-cultural stereotypes in YMCA.

Did it matter that some were sitting down in protest on the dancefloor during Donna Summer’s I Feel Love, after rumours of the singer’s homophobia? Did it matter that disco was inadvertently sexualising a community that had been fighting the ‘pervert’ label since modern life began?

Course, it wasn’t all sex and groove-thing shaking. In 1978, Tom Robinson released his Pride march song Glad To Be Gay, calling out media hypocrisy and police bullying. Despite its Radio 1 charts ban, this song was proof of pride becoming ever-more visible. And organised.

Then, on the 27 November 1978, Harvey Milk, the leading figure in the fight for gay rights, was assassinated. His death galvanised a movement. As riots hit San Francisco, there were no hit songs to harness the rage. But there was something in the broken-hearted disco duet, No More Tears, that defined a feeling. As Barbra Streisand and Donna Summer sang out 'enough is enough', no doubt placard makers were painting those very words as they prepared to march against everyday malevolence.

The ‘80s gay vs. government

Disco was fading in June 1981, as the first reports of an immune-suppressing disease were filtering through from New York. This was the beginning of HIV and AIDS, the wildfire that would remove a whole generation of gay men. It burned through lovers, friends, family and chosen family. And it re-ignited right-wing moralising.

I Am What I Am - Jerry Herman

Some will argue that the provocative persona of Boy George and the overtly sexual lyrics for global no. 1 Relax (Frankie Goes To Hollywood) helped to feed the political bonfires. A response to them: we were simply fighting fire with friendly fire.

This was a time when the dancefloors of Manchester were subject to police patrols under the orders of infamous ‘God cop’, Chief Constable James Anderton. When the Conservative Party introduced the UK to Section 28, the law that prevented schools and councils from 'promoting the teaching of the acceptability of homosexuality as a pretended family relationship.' When an AIDS prevention campaign fuelled a country-wide culture of fear. When the heterosexual age of consent was 16, yet 21 for gay men.

'You and me together
Fighting for our love'

For signs of a community under moral attack, listen no further than It’s A Sin (Pet Shop Boys), A Little Respect (Erasure), Smalltown Boy and Why? (Bronksi Beat).

Jerry Herman’s musical La Cage Aux Folles took a more conciliatory perspective when it hit Broadway in ‘83. From it came the anthem I Am What I Am, immortalised on vinyl by disco diva Gloria Gaynor. It was an elegant show of defiance, but no amount of make-up could hide the fact that this was a divisive decade of institutional bullying.

The ‘90s things can only better

In 1993, new band Suede released their first album. Fronted by androgynous Brett Anderson, their swooning rock singles – So Young, The Drowners, Animal Nitrate – captured a new-found gay-leaning confidence. The album artwork depicted two women kissing and triggered outrage in some quarters, especially when it emerged that the image was a cut-down, removing the detail that one of the women was in a wheelchair. Suede’s aesthetic might have been airbrushed but enough remained to make a statement: here was music, and music makers, that were progressively provocative.

As proof of this new indie audience, clubs sprang up across the scene – London’s Popstarz and Vauxhall Tavern, Manchester’s Poptastic – offering outlets for those who needed a musical diet beyond pop allies Kylie and Madonna.

Unofficial anthems included identity songs by performers that weren’t necessarily gay but definitely proud outsiders: Creep (Radiohead), Queer (Garbage), Cornflake Girl (Tori Amos), 50ft. Queenie (PJ Harvey). And we – the LGBTQ+ audience – were living for the songs that matched our life of being ‘other’. We were raising our arms and singing along to music that rocked the status quo.

We were also raising our arms to dance anthems, in clubs that were forging safe spaces for LGBTQ+ clubbers. Step forward Flesh at the Hacienda and Paradise Factory in Manchester, The Fridge and Trade in London. Step forward mixed clubs that wanted everyone to party: Cream (Liverpool), Music Factory (Sheffield), Warehouse (Leeds). Here was a whole community of party-goers, liberated by the remixed sounds of Tony De Vit, Carl Cox and Sasha. It didn’t matter who you loved, or who you wanted for intimate choreography, everybody could raise their hands to euphoric house.

By the time Labour won their landslide in the summer of ’97, the UK was transforming. Their victory was soundtracked by D:Ream’s Things Can Only Get Better. Not a gay anthem. But a clear-eyed, well-shared statement of hope.

'We kiss in his room
To popular tunes'

The decade of much good news, for the UK at least. Following the ‘90s Equality Act, the new century welcomed an official end to Section 28 and the beginning of further legal equality with the 2004 Civil Partnership Act.

In Manchester, the indie vibe bloomed with the rise of club nights Homoelectric and Club Brenda. In the charts, George Michael was finally, officially, out. His single Outside in 2006, and its cheeky video, was a playful, cocky response to tabloid stories of his cruising for gay sex. The Gossip, led by Beth Ditto, gave us Standing In The Way Of Control: a shock of rock for anyone pushing back by living life their way. Goldfrapp amped up their sound with similar rock-pop blasts Strict Machine, Train, Satin Chic and Ooh La La. These were not specific calls-to-arms: they were sexy, musical statements, for audiences that recognised the continued need for a meaningful party.

'It's part not giving in
And part trusting your friends'

Standing In The Way Of Control - The Gossip

In 2005, Anthony & The Johnsons won the Mercury Award with their album I Am A Bird Now. When Anthony performed Hope There’s Someone at the live ceremony, the wowed shock of a music industry audience was palpable. Here was a uniquely-voiced singer prepared to take popular music in unexpected, transcendent and beautifully dark directions. The politics here were personal: a whole new kind of ‘I am what I am’.

As the decade closed, it seemed that ‘queer’ was now officially owned by the LGBTQ+ community: a celebratory take-back of all its previous negativity. It was good to be different in this new century.

'Let's go outside
Dancing on the d-train baby'

The good news continued. In 2010, the UK furthered the Equality Act with protections for the LGBTQ+ community. In 2014, gay marriage became legal. And Lady Gaga continued her life-affirming alliance with the epic Born This Way.

When the Olympic Games came to London in 2012, the sun was high and the UK’s mood, magnificent. It seemed that social barriers were dissolving and our country’s attitudes were ascending.

This was also the decade that Ru Paul’s Drag Race stormed popular culture, winning multiple awards while mainstreaming a whole new lexicon from the Drag Ballroom scene of '80s New York. Pop songs from the show’s finales pushed drag idiom into popular parlance: Call Me Mother, Kitty Girl, Read U Wrote U. From one of the show’s most loved seasons – Season 6 – came Sissy That Walk. Not only a gold carat belter, but a rousing re-appropriation of a previous slur.

In the charts and nation’s hearts, we got Tilted by Christine & The Queens. We were treated to LGBTQ+ performers, speaking directly to an LGBTQ+ audience, about LGBTQ+ love and LGBTQ+ life.

Listen to Fill My Little World (The Feeling), Queen (Perfume Genius), Michael (Franz Ferdinand), Run Boy Run (Woodkid), Make Me Feel (Janelle Monae), Tongue (MNEK), 1950 (King Princess)… the list goes on. Our LGBTQ+ experience was finally, thrillingly, commercial. And not only commercial, but commercial on our own terms.

And so we arrive at our present destination. The decade that began with a global health crisis. Where we are divided and united by political upheaval. Where audience and artists alike are facing a struggle beyond anything we’ve known.

As social media and cancel culture takes hold in a digital-led world, the LGBTQ+ conversation has grown ever-more fierce. Governments are once again failing a community. In the UK, a reluctant Equalities Minister Liz Truss is petitioned to ban LGBTQ+ Conversion Therapy. While in Hungary and Russia, new laws are reversing LGBTQ+ freedoms.

Following the success of TV show It’s A Sin – and its heart-breaking portrayal of the '80s AIDS crisis – a re-release of the same-titled hit from the Pet Shop Boys was helmed by Years & Years and Sir Elton John. It’s a time to remember the race is not yet won.

Speaking of races, Ru Paul continues to pop in the best kind of way, with Eurovision-esque songs Bing Bang Bong and Lucky. They’re a move away from the serious, towards a more bubble gum view of owning identity .

New voices, thankfully, have not been lost in the noise of social shocks. To name a few: Sarah Proctor, Natalie Oaks, Rina Sawayama. You can hear them now, on our latest LGBTQ+ playlist.

And think: this decade has only just begun. Who knows how political the next eight years of songs will become. What voices will rise. And how music will continue to make its difference.