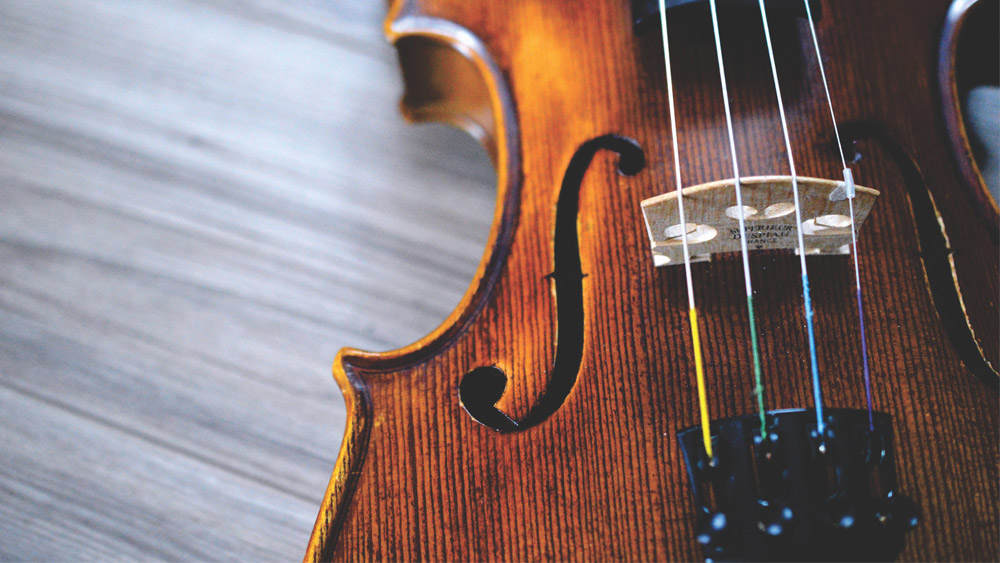 Anna has worked across a number of cross-genre collaborative projects, including working with poetry, dance, film and art installations.

She has toured with bands like Roxy Music, Trans-Siberian Orchestra and Jethro Tull alongside her solo work, which has seen her perform on top international stages and festivals like the Royal Albert Hall, Royal Festival Hall, Glastonbury, Fuji Rock Festival and Montreux Jazz Festival

Anna’s instrumental duo AVA released their debut album Waves in July 2019 on One Little Indian Records and works as composer for the Royal Ballet School and has created music for several projects with the students.

So, who better to guide us though World Violin Day with some gems that put the four stringed instrument at the forefront? Dig in…

Amatis Piano Trio
I heard them on a live concert feed on Radio 3 a few years ago - I was driving and had to pull over to google who they were. Their sound was just breathtaking and exhilarating - it was jumping out of the radio at me! The violinist Lea Hausmann just has such fire in her playing but with beautiful precision and tone. I went to see them at the Wigmore Hall and absolutely recommend them to everyone!

Laurie Anderson & Kronos Quartet
Three violinists in one here! Laurie just has to be on this list because her daring and innovative approach to music is such an inspiration. She’s a true pioneer. I saw her live with Philip Glass at the Barbican last year and it was stunning. With her it’s not just about her as a violinist, but the whole package of how she expresses her art.

I particularly love this album she did with Kronos Quartet – Landfall. Although I am predominantly a violinist, I compose and produce all my music – I’m always on the lookout for interesting textures and sounds created by strings. This album is very inspiring.

Hilary Hahn
I absolutely love her Bach album. I love the richness of her tone but also there’s something daring about this recording. Bach is a favourite composer of mine and there is such a sense of perfection and equilibrium. Her recording embodies this but at points it feels she’s taking it to the edge and giving it a fresh approach. I would love to see her live.

Daniel Hope
Daniel’s playing is so clean and precise! I love his work with Max Richter – the Four Seasons recomposed is just stunning. My dad introduced to this album – he had it blaring in his car as we drove around Berlin, so this album always puts me in a good mood.

Violeta Vici
I recently discovered this violinist, and her album Autovia is beautiful. Really atmospheric and cinematic. A darker take on the bro-classical scene.

Galya Bisengalieva
Gayla was recommended to me by my publishers as someone to watch out for. Her single from 2018 Tulpar is still my favourite – really interesting textures created by the violin and I love the mix of electronics and strings. She recently released an EP (Edmund Finnis) which has more traditional playing and is definitely worth checking out. The writing and playing are both beautiful.

Maarja Knut
This violinist was recommended to me by Aisling Brouwer, my other half in AVA. I love her mixture of vocal/violin/synth sounds. Muutuja in particular has almost a Balkan hypnotic melody, which hypnotises you as the track progresses with quite a dirty synth line. It’s from her album Muunduja. I’d love to see her live in 2020!

OR – Mahe which is very hypnotic with the violin providing this burbling riff over which her voice meanders. It’s like walking alongside a river in a state of semi melancholy.