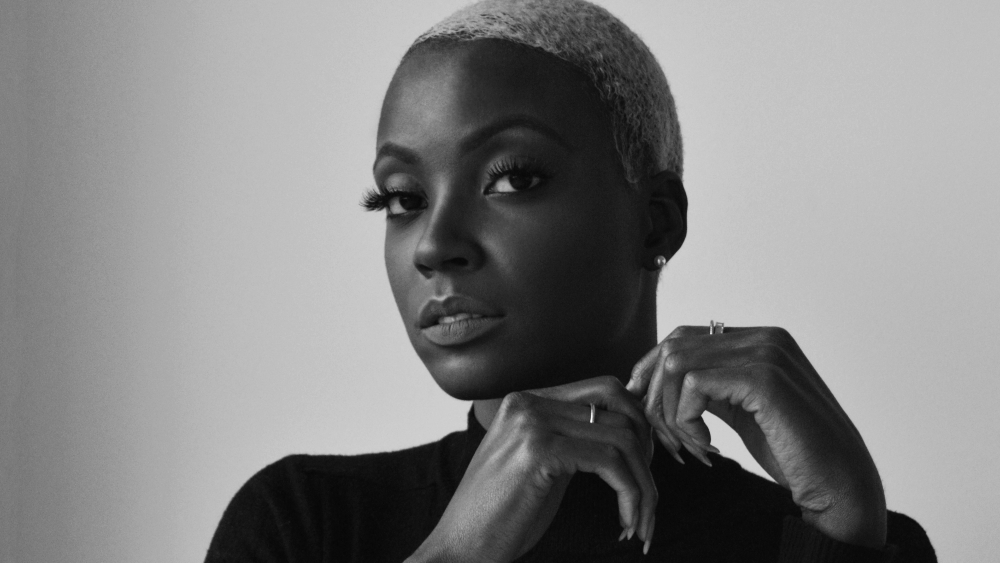 London singer-songwriter Estée Blu explores what soul music means to her and how collective memories of music play a crucial role in the lives of Black people living in Britain.

When thinking about my own memories of music as a child of the nineties, my earliest introductions came from my Congolese-Belgian mother who was a fan of American R&B, Congolese Ndombolo and Gospel music from both the states and D.R Congo.

The Whitney Houston and Mariah Carey When You Believe duet cassette from the Prince of Egypt film soundtrack was the first record I remember playing, replaying and learning the lyrics to. I was so obsessed that I even brought the tape into primary school and performed the song to my class. I was in awe of the beauty of the song, the film, and the incredible vocalists that brought it to life. My mother quickly signed me up to the children’s gospel choir at our Pentacostal Christian church in Kilburn, North West London. There were many wonderful moments on stage in church that I will never forget. These moments were instrumental in defining the journey I began, exploring the global spectrum of Black music both as a fan and as a pint-sized singer.

'Soul music is something visceral that you can feel and that is ever present in all music of African descent.'

As my knowledge of the intricacies and tensions that exist within Black music develops, the definition and categorisation of genres become increasingly more complex and at times problematic. I cringe whenever I consider word ‘Urban’, and how among many other things, it has contributed to commodifying and flattening the experiences of Black musicians, producers, DJ’s, tastemakers and cultural trends, particularly in the last decade of British music. However, despite these issues, the glue that holds Black music together, from Kinshasa Congo to Detroit, Michigan in the US and London, England, is its soul. Soul that can be described as spirit, essence, ritual, ethereal, communion, communication, healing and can also present a window into an altered state of consciousness. Soul music is something visceral that you can feel and that is ever present in all music of African descent.

Looking back at the history of soul music in Britain, I have found it to be a transatlantic conversation between Black African, Caribbean and American diasporic traditions, hybrid in production styles, continuously evolving and yet forgotten. Both the Black British chart-topping and underground stars seemed to have disappeared from public consciousness, only existing in the minds of those who remember, and the homes of those who lived through their records.

'Memory is embedded in music, and when we replay those songs, we remember that we exist, we are seen, heard, held and that we are free.'

This points to the wider Black experience in Britain, which can pretty much be summarised in the title of British-Nigerian historian David Olusoga’s book entitled Black And British: A Forgotten History. An upsetting reality of our lived experiences on this terrain, means that memory, both personal and collective, plays a crucial role in our lives. Memory is embedded in music, and when we replay those songs, we remember that we exist, we are seen, heard, held and that we are free. Time and space collapse and we are immediately transported back into the past to relive those sacred moments.

The comforts that these sonic experiences bring us have intensified during 2020, as the global pandemic has kept us in our homes and out of our favourite venues, bringing the live music industry to a standstill. Additionally, the resurgence of the Black Lives Matter movement has forced the world to address police brutality and racial violence towards Black coommunities, leading to global protests, cross-industry discourse and the music industry’s response via Blackout Tuesday and #TheShowMustBePaused.

As much as this tumultuous year is one we’d like to forget, I think that there is still value in remembering. Both individually, collectively and using the music we have been gifted with to restore our soul. And as a little reminder: remember the spirit, essence, ritual, communion, pathways of communication and healing.

This piece on the ecology, delicacy and scope of British soul music, wouldn’t be complete without a playlist of intergenerational memories from people who know it intimately. Whether it was passed down from Dad or discovered on the dance floor, these are our shared memories.

‘Watching my Dad get ready to go ‘out out’ full length big collared deep red leather coat, flares and Afro. He used to go to protest marches in that coat. I also remember watching them perform it on Top of the Pops with him before bedtime.’

‘It was an intense atmosphere in the club and a groundbreaking tune that had moments of incredible creativity from Artists and Musicians in London.’

‘When we were at a family function and my cousin who was a Selector, what we call a DJ in Jamaica, had his own sound system and whenever Silly Games would come on, all the old heads would just get up and start doing the 1-2-step. She sings the chorus really high, and that used to make me laugh because everyone was trying to reach that note, and no-one could get that close...everyone was struggling!’

‘It was the 2000s and a lot of the time we were fed, that sort of Soul music with that sound didn’t come from the UK, or I couldn’t hear it. So when I heard Marsha and the British accent, I was like this is my calling, this is what I want to do. It was perfect because it was Soul, and it was Rap. It was my world so I loved it and I still do.’

This piece was guest edited by Jesse Bernard. Jesse is a writer, music archivist and broadcaster. His work predominantly maps the historical lineage of Black music in Britain while observing its role in contemporary culture and society. He is the youth and community lead at Release, working on the y-stop project and is contributing editor of Trench Magazine.