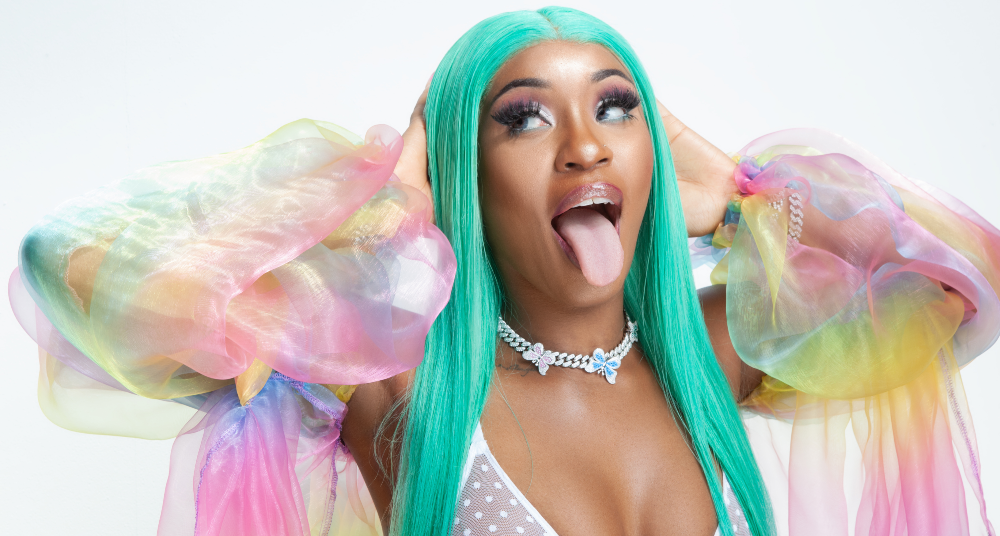 While it’s no secret that the UK boasts an eclectic mix of talent, covering a diverse selection of genres from afroswing to R&B, 2020 has seen a cultural shift with Black British music being embraced by the masses more than ever before.

This is perhaps most adequately reflected by sheer number of musicians from previously considered ‘underground’ scenes achieving mainstream success, with artists like Nines going on to earn their first No. 1 albums.

In recent months, there have been several movers and shakers within Black British culture that continue to leave a lasting impression on the UK music scene. Here are the eight new names you need to know in 2020 and beyond.

Possessing rich and distinctive vocals, Shaé Universe is steadily forging her own path within the realms of UK R&B, oozing soul at each and every turn. Unapologetic in her expression, Shaé’s output to date has intentionally celebrated both her womanhood and her blackness, as demonstrated on songs like No Stallin and Black Panther.

Paying homage to the greats that came before her including Beyoncé, Grace Jones and Erykah Badu the video for her latest single Levels explores the emerging R&Drill sound, placing Shaé at the exciting intersection of R&B fusion by pairing her expressive tone with percussion-driven drill beats.

British singer-songwriter and pianist, Reuben James, may be known for his role in Sam Smith’s band, but his solo star shines in its own right. Reuben is one of the most promising artists the UK jazz scene has to offer.

Having played the piano since the age of three, becoming the recipient of a scholarship to study at the Trinity College of Music in London, Reuben spent several years perfecting his craft before finally stepping out into the spotlight with Adore in 2019. His sophomore EP Slow Down, which saw collaborations with Col3trane and Kevin Garrett, felt like a moment of solace in a turbulent time and positioned the singer as one to watch.

Boldly holding her own in a male dominated space, Ivorian Doll has been the name on everybody’s lips all year.

After launching her solo career in 2019 with the prophetically titled single Queen of Drill, the YouTuber turned rap artist was propelled into the fore by the release of her track Rumours, capturing the industry’s attention with her raw persona and barbie inspired aesthetic.

The rapper’s recent performance at GRM Daily's 2020 Rated Awards added a fiery stage presence to her rapidly growing repertoire of strengths, serving as a positive indicator that she is well on her way to cementing her place as the First Lady of UK Drill.

A voice of defiance, this queer anti-colonial punk band embodies exactly what it means to make a statement with your art. The four-piece ensemble, comprised of lead singer Jacob, drummer Alice, bassist Natasha and guitarist Nadia, made it their mission to amplify the voices of those who have long been side-lined in society.

Their latest album is a politically charged deep dive into a crumbling world, bringing together an assortment of ‘80s post-punk sounds and bass melodies. Unrelenting in their humorous critique of the white supremacy and imperialism, Screaming Toenail continue to stand out for their bold yet undeniably witty lyricism.

Pioneering popstar Bree Runway is a London-based singer and rapper who wears her versatility as a badge of honour. As the world grinded to a halt with the introduction of lockdown restrictions, Bree remained unphased and powered through the quarantine blues to deliver four striking singles.

Dancing to the beat of her own drum, quite literally in her latest visuals, the Hackney-native’s allure stems from her ability to integrate elements of various genres including R&B, hip-hop, trap and most recently rock, to create an inspired sound that is uniquely her own.

Having already received co-signs from the likes of Rihanna, Kehlani and Missy Elliot herself, the genre-defying artist edges closer to super star status with every release.

In recent years, Kadeem Tyrell has become one of the front runners of alternative R&B. With a sound inherently influenced by ‘90s R&B and gospel, the singer, who cites Brandy and Aaliyah as his influences, has built a connection with fans through his vulnerability in an unfiltered exploration of the male experience. This is beautifully demonstrated on his breakout EP, Elements.

The singer candidly addressed mental health and relationships over an array of soulful melodies. Boosting his presence with several of notable performances over the years, including a show at the Jazz Café, Kadeem continues to grow in strength and has to date amassed over two million streams on Spotify.

A proud mental health advocate and an ambassador charity for CALM (Campaign Against Living Miserably) the singer has used her talents to touch on many of the issues young people face, as seen on her single Black Dog, which delves into the at times debilitating realities of living with depression.

As well as being tapped on the shoulder to support Haley Williams during her US tour, the 20-year-old has remained booked and busy performing at a socially distanced gig in front of Glastonbury’s Pyramid Stage earlier this year in addition to working on her highly anticipated debut album.

Minimalist punk is perhaps the best way to describe the music that London-based musician Charlotte Valentine creates. An eery blend of static sounds, No Home’s latest project depicts the beauty in chaos, with Valentine's powerful vocal as the centre-point, amidst dissonant keys and minatory percussion. While Valentine remains an enigma, their music speaks of navigating through the complexities of anxiety over an array of punk-infused lo-fi beats.

This piece was guest edited by Stephanie Phillips. Stephanie is a London-based music journalist, singer and guitarist in the Black feminist punk band Big Joanie and an organiser at Decolonise Fest, an annual festival created by and for punks of colour. Her debut book, Why Solange Matters, will be released May 2021 on University of Texas Press.