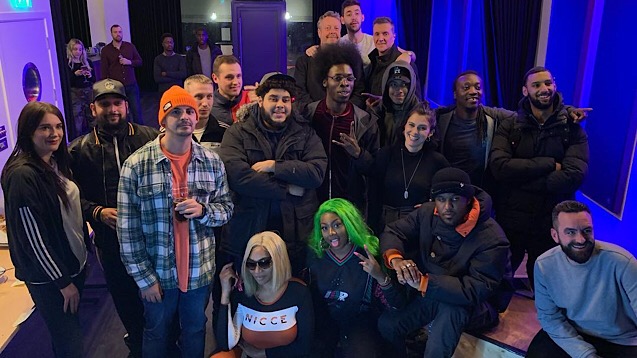 PRS for Music held its first ever rap and grime songwriting camp at London's Tileyard Studios, with the likes of Big Zuu, FLOHIO, Novelist and Ms Banks. See how it all went down...

Earlier this week, PRS for Music held its first ever rap and grime songwriting camp at London's Tileyard Studios.

We were on hand to get the scoop behind the scenes. Tune in below to see how it all went down...