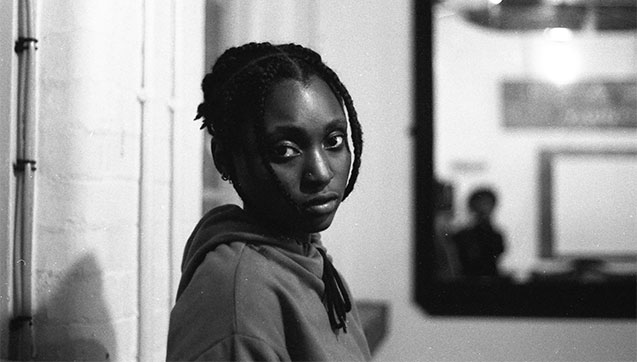 Ninja Tune graphic designer turned rapid-fire rap ace FLOHIO is owning 2018 with her unique flow and uncompromising sound. Get to know ahead of her PRS Presents show later this month...

From where? Bermondsey, South London.

What’s the story? FLOHIO has a huge appetite for thumping beats and powerful bars, prizing scrupulous honesty and experimentalism over pretty much everything else.

With British rap in its ascendancy, she’s a torchbearer, adding authenticity and innovation to a movement already bristling with possibilities.

We first cottoned on to her in early 2017, when she entered Glastonbury Festival’s Emerging Talent Competition and made it into the final eight.

Since then, she’s appeared on Yeah Yeah, a collab with L-Vis 1990 and Cassive, and worked with production duo God Colony on the knock-out tracks Fights and SE16.

In January, she released Bands, the forerunner to an EP which is currently in the pipes.

Both tracks have helped turn ears both in the UK and US, and won her love from some unlikely places, with supermodel Naomi Campbell pledging her support.

This year, she’s also received Momentum Music Fund support via PRS Foundation, returning the favour at the charity’s recent Great Escape showcase where she brought the roof down.

Next up, she hits PRS for Music Presents, in conjunction with PRS Foundation and Sounds Like London, which takes place on 14 June in London.

Sounds like? FLOHIO’s style-hopping flow can ride eight-bit bleeps and grimey bass at 100 miles an hour.

Predicted to? Be one of UK rap’s biggest breakouts this year.

https://www.facebook.com/flohio/
New Music
Back to top