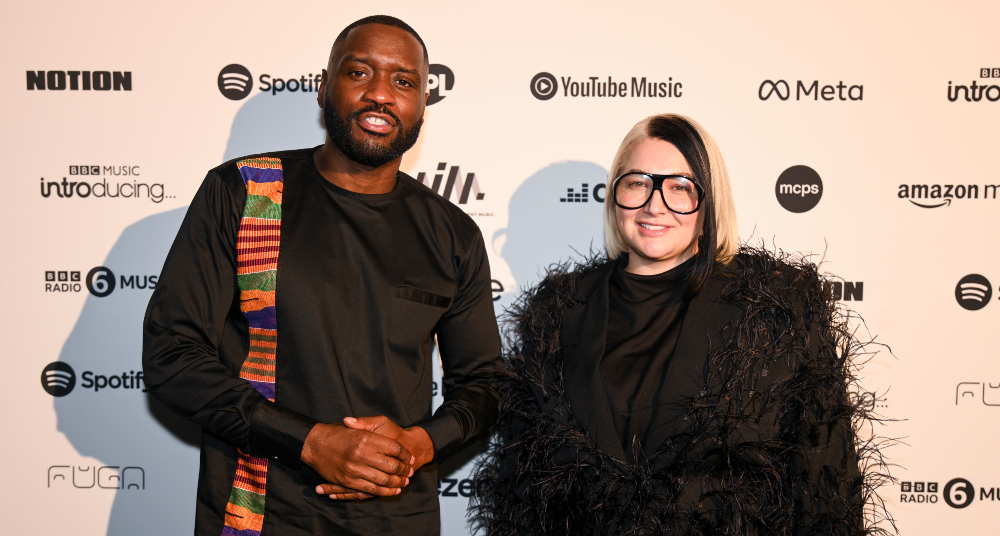 The AIM Awards 2022 returned to the Roundhouse for a celebration of independent music, honouring a diverse array of artists and labels who put community at the forefront.

The AIM Independent Music Awards came home to the Roundhouse at last this year. The tables were set, the bars were open, and the red carpet rolled out for a night of celebration. The 2022 edition acknowledged the diverse achievements of an equally diverse array of artists and labels, celebrating everything from breakthrough acts to influential icons. The emphasis was on community and innovation, with accolades including Stormzy being crowned Diversity Champion, Rina Sawayama recognised with the Innovator Award, and Kenny Gates and Michel Lambot of [PIAS] getting the nod as Independent Champions.

With the recent news that AIM chair Paul Pacifico is stepping down at the end of this year, this edition of the AIM Independent Music Awards represented something of a transition. It was Paul who spearheaded the Awards’ move to the Roundhouse six years ago in the first place, and walking his final red carpet as CEO must have been a bittersweet occasion. More than anything, though, Paul was excited, both for the show itself and to see the Awards back in their physical home after conducting things virtually during the pandemic. ‘It’s the best line-up we’ve ever had. It just shows how the awards are going from strength to strength,’ he said. ‘We got to the Roundhouse in 2019 after a lot of planning and then we had two virtual years, so to come out of lockdown and be back here for the first year in person is amazing. I think the event is going to go from strength to strength, because the team are also going from strength to strength.’

The strength of the organisation in general, and the Awards in particular is, Paul said, ‘crucial’. ‘The Award serves two functions,’ he explained. ‘The first function is to bring the community together, to recognise the success and the strength in the community. It lets people look across the room at their colleagues, at their competitors, raise a glass and say “we’re not alone, on this hard road that we travel.” The other thing that it does is it expresses the power of the community in aggregate to the outside world.’

‘Each individual independent music business can feel quite small, but together they’re 27 percent of the UK market. It’s a big force. It’s culturally incredible diverse in terms of genre.'

That image of solidarity to the wider world is important on not just on a community level, but also in business terms, Paul said. ‘Each individual independent music business can feel quite small, but together they’re 27 percent of the UK market. It’s a big force. It’s culturally incredible diverse in terms of genre, with a whole host of stuff happening all over the UK, and I think putting that in the spotlight as we do with the AIM Awards gives a huge boost to the community,’ he said. Ultimately, Paul’s hope is that the artists and labels who make up that community feel its lift. He noted that the Awards are becoming more widely recognised, and as they grow their impact becomes more significant to artists and businesses.

His observations on the power and diversity of the independent music industry were echoed by Nadia Khan, who was at the Awards pulling double duty in both her role as AIM chair and with Lethal Bizzle, her management client of nearly two decades. ‘I think what’s really great about AIM, and also the team that work at AIM, is the experience that we all bring,’ she said. ‘We come from a vast range of experiences and backgrounds. I come as a manager, with 18 to 20 years of experience in management and looking after self-releasing artists and running independent labels, and having real success independently. Being able to bring that to the independent community and grow our networks, and come together I think is really special.’

The importance of lifting up your people – particularly for those from under-represented backgrounds – was a theme throughout the night. Accepting his award for Outstanding Contribution, Lethal Bizzle took the time to acknowledge by name other Black artists who kickstarted Grime, saying that he is ‘only one of the components of the culture I represent that helped get this scene where it is.’ Later, Scottish artist TAAHLIAH picked up the award for Best Independent EP/Mixtape for her release Angelica, and took a moment to acknowledge the difficulties currently faced by trans people in the UK.

‘I think it’s so important to have a space like this, that not only recognises artists but also recognises artists’ personal stories and achievements and allows them to gather a space to talk about what they need.'

Later, holding her award in the media room upstairs, TAAHLIAH reflected on the power of being able to share her experiences as a trans person on her EP and in her speech, as well as the achievement of being recognised for her work by the independent music scene. ‘It’s a wonderful achievement, not only for me but also for my community,’ she said. ‘I’m glad that I’m able to be a catalyst for that. But that’s also not me giving props to myself, because I am also just an individual doing what I need to do to make art and survive and enjoy my life. But I’m glad that I’ve been able to, at least tonight, talk about some of the things that have been playing on my mind recently about being trans and living with that experience.’

‘I think it’s so important to have a space like this, that not only recognises artists but also recognises artists’ personal stories and achievements and allows them to gather a space to talk about what they need,’ TAAHLIAH added.

Coming off stage with The Libertines after receiving the Special Recognition award ahead of their set later in the night, Carl Barat reaffirmed the importance of an organisation that supports independent musicians in  a commercial landscape that can be intimidating. ‘I think in an industry which is so rampantly commercial, it can be difficult for there to be any meritocracy. It’s difficult to keep a straight course. So I think if there’s an organisation which protects that, and stands for that, then there’s hope and there’s faith and there’s a life for young artists, for older artists, and for everybody who wants to make music,’ he said.

Looking towards the future at the AIM Independent Music Awards, there was a sense that we are stronger together – especially when that comes hand in hand with honouring and celebrating our differences.

The full list of AIM Awards 2022 winners and nominees is available here.
Features