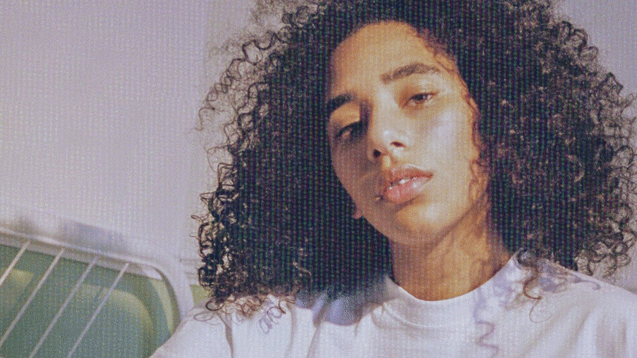 For our first playlist of 2019, we hand over the baton to some of the UK's best musical minds to learn who they'll be keeping their eyes and ears on this year...

For our first playlist of 2019, we hand over the baton to some of the UK's best musical minds to learn who they'll be keeping their eyes and ears on this year...

AMA (pictured above)
Rachel White, director, Brick London
My tip for 2019 is R&B newcomer AMA. Her debut single, Monochrome, has just dropped via Dirty Hit. The video is a fun, stylish and nostalgic celebration of love, and AMA's vivid, soulful storytelling over producer Courage's bass-filled beat is mesmerising. I'm so excited to hear the full EP from this 18-year-old talent.

LAVA LA RUE
Tina Edwards, broadcaster, journalist, founder of EZH magazine
Lava La Rue is a young West London MC who is also founder of the dynamic Nine8 Collective. She communicates stories of queerness, black identity and has a hugely charismatic presence on stage. Everything she does is so fresh, DIY and sincere. She's drawing on some very West London sounds but with a totally new sheen. I saw her play Birthdays - to a small crowd - in Dalston at the start of 2017 and now she's just completed supporting Christine and the Queens on their UK dates over the last few weeks. She'll have an incredible year in 2019.

BIG JOANIE
Bekki Bemrose, content editor, M magazine
Following the release of their debut full-length album Sistahs at the end of 2018 the coming year feels like Big Joanie’s for the taking. Channelling riot grrrl attitude through sixties girl group-melodies, the London-based trio have brought black, feminist punk to a predominantly white, male arena. Sonic Youth’s Thurston Moore was an early supporter, later releasing their record through his own Daydream Library publishing company. It’s easy to see why he was so taken with the band, and both the album and their live show are unreservedly recommended.

JADE BIRD
Rhian Jones, journalist
The term ‘whole package’ is bandied about a lot but Jade Bird is truly deserving of that description. She's a very talented musician and songwriter with a phenomenal voice, charisma and confidence. Her live show is a joy to watch thanks to years of practice, not to mention some uniquely hilarious stage banter. A 'classic' artist who has everything it takes to reach headline status in years to come.

BLACK FUTURES
Amy Field, events and sponsorships manager, PRS for Music
Black Futures are raw, unique and have a knack for creating a truly immersive live experience. I have seen them play a few times now and I’m blown away each time. I see big things for them in 2019. They are so different to anything else out there. Make sure you go and check them out live asap.

CARLTON DOOM
Alice Woods, DJ and co-founder of Meat Free
Whilst existing largely under the radar of mainstream media in recent years, Carlton Doom, closed 2018 with one of my favourite releases of the year – Bad Batch, a four-track EP on Deep Sea Frequency, insatiably energetic filled with unruly basslines and broken beats. One to keep an eye on this year.

BLASIO KAVUMA (not currently available on Spotify)
Harriet Wybor, classical account manager, PRS for Music
Featured on BBC Radio 3 Introducing, Blasio Kavuma’ music draws equally from classical and popular music traditions with a rhythmic and versatile sound-world. Recently, he has held a residency with dance company Wayward Thread as part of Sound and Music’s Pathways programme and has been commissioned by the Voice(ed) project in Chigaco.

SEALIONWOMAN
John Kye, manager, The Preservation Room
My top tip for 2019 is Sealionwoman, made up of Kitty Whitelaw and double bass player Tye McGivern. McGivern offers Bad Seeds-style atmospherics influenced by noir-jazz degenerates Morphine and a Colin Stetson-esque approach to minimalism. This is masterfully fused with Whitelaw’s theatrical inspired vocals. They will be touring some select UK venues late January to March.

EMILY BURNS
Joe Frankland, senior grants and programme manager, PRS Foundation
Finding something among the many submissions which you have to come back to again and again is always a good sign. Emily Burns makes catchy bittersweet pop music that has landed her on the BBC Introducing playlist, a Tove Styrke support tour and a place on The Great Escape’s First Fifty list. She works with 37 Adventures - home to another PRS Foundation grantee, JONES – so expect big things in 2019 and check out Damn Good Liar.