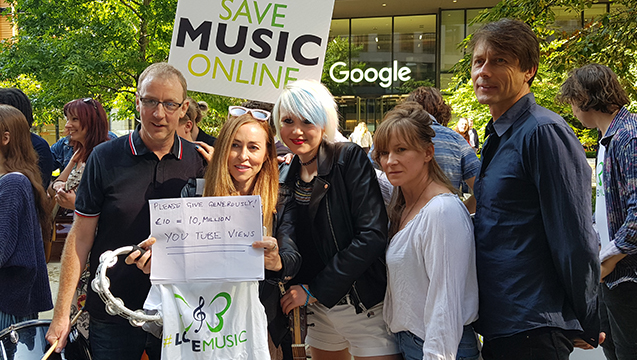 'This could mean the death of music, full stop.' Artists gather to take on ‘greedy’ tech giants who are attempting to block EU plans to give creators a fair deal.

'This could mean the death of music, full stop. I think everyone should be deeply worried.' Said Britpop icon Brett Anderson as he gathered with fellow artists and activists in a demonstration outside the Google Headquarters in Pancras Square, London today.

The Suede frontman was joined by former Blur drummer Dave Rowntree, Newton Faulkner, Misty Miller and many others to take on the ‘greedy’ tech giants who are attempting to block European Union (EU) plans to give creators a fairer deal.

Next week will see a crucial vote in Brussels on Copyright Directive in which Members of the European Parliament (MEPs) get to vote on whether to back the copyright change or not.

Hear what they had to say: