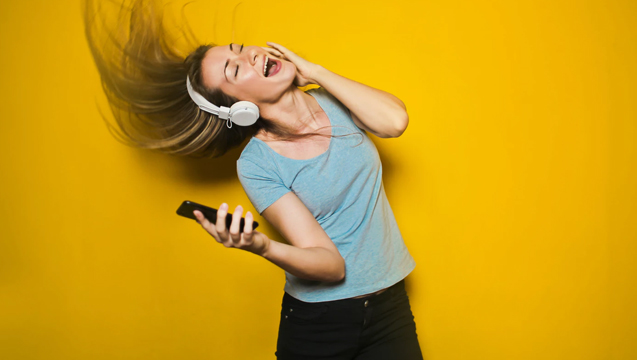 Creative crunch: why Europe is debating the future of music

In two weeks, the European Parliament will vote on the future of music online. With so much at stake, we ask PRS for Music's John Mottram what's happening, how we got here and what’s next...

The European Copyright Directive became one of the biggest music industry stories of the summer when it went to vote in Brussels last month.

After more than 17 years, Europe was looking to modernise its copyright laws, making them more relevant for the digital age.

At the crux of the directive were proposals to help ensure huge multinational content platforms pay creators fairly for the content they use – now known as the controversial ‘Article 13’ clause.

The proposals triggered one of the biggest counter-campaigns by the tech lobby in EU history, with some groups saying the legislation would ‘shut down the internet’, ‘ban memes’ or even hamper creativity itself.

In this climate of fear and misinformation, the Copyright Directive failed to get unanimous support at the plenary vote on 5 July.

But all is not lost for music-makers and rightsholders: the European Parliament has scheduled a further vote on 12 September and MEPs are in discussions with stakeholders to find compromises which will be supported by the majority of politicians.

With so much at stake for creators, we ask PRS for Music’s head of policy and public affairs John Mottram to explain where we are now, how we got here, and what’s next…

What is the current situation?

We had a plenary vote on the new Copyright Directive on 5 July, but the European Parliament refused to give permission for it to pass to the negotiation stage with the European Commission and Council.

MEPs and rightsholders are now thinking what changes, if any, are needed to address some of the concerns that were raised when the initial text was rejected in July.

How did we get here?

The biggest issue affecting the July vote was the significant confusion and misinformation around how the proposals would operate.

Some MEPs didn’t fully understand how they would work in practice and were led to believe they would result in large swathes of creative works being blocked before they were uploaded, or that platforms couldn’t afford to obtain licences, and there would be a mass censorship of the internet.

Of course, none of that was true. The text was specifically crafted in such a way as to ensure that all licensed and non-infringing content remained available. In fact, it proposed to strengthen users’ ability to challenge incorrect decisions to remove works. Only content which had been directly identified as being infringing would be taken down, much in the same way as the ‘notice and takedown’ procedure works today.

Arguably, there was deliberate misinformation being spread by some parties which clearly have a commercial interest in not paying a fair value for musical rights. To be blunt, unless you were willing to read in depth the proposal and the legal jargon, you wouldn’t have been able to immediately see that what was being said wasn’t true.

So, I think there was a failure on the behalf of parliament, policy-makers, MEPs and lobbyists to properly explain how the proposals would actually work day-to-day and why they were a reasonable solution.

Do we know what’s on the table for next month?

No, not yet. The deadline for submissions for amendments is 5 September. The parliament comes back from summer recess this week and there will be a short window where MEPs will start to agree which amendments, if any, they want to lay.

There is a general view that the vast majority of amendments will be laid on Article 13, which is the Transfer of Value article, and Article 11, which is the Press Publishers’ Right.

But there are thresholds – not any MEP can lay an amendment. You need a certain number of MEPs to co-sign an amendment, or you need a political party to submit it.

What happened to Article 13?

Article 13 is going to be where the crux of the debate is centred. I have no doubt that we will see amendments from some of the less copyright-favourable to delete it all together. I expect it will again be subject to extensive debate ahead of the vote on 12 September.

There are lots of others who are seeking to water it down so it’s purely a statement of intent rather than the essential legal clarification, which is what we and the wider music industry has proven is the primary cause of the transfer of value.

Right now, you could say that all bets are off in terms of Article 13. We could end up with anything or indeed nothing. That said, we did learn from the vote in July that there are two camps in parliament – including a large group which strongly believe that all creators deserve to get fairly paid for their works and that all parties, including the users, benefit from greater legal certainty. We hope, and will be supporting, these MEPs in convincing their colleagues.

Could there be a scenario where rightsholders are worse off than they are today?

We would miss an opportunity, which only comes around every 20 years in a market as big as Europe, to have a copyright framework that better reflects the modern market and to deal with the legal uncertainty that is actively stopping us licensing online platforms that are using our members’ music.

So, it would significantly put back our efforts to obtain fair value for the works we represent online which, considering the importance of online revenues now and in the future, is going to impact members’ incomes for the foreseeable future. If that happens and the Copyright Directive, specifically Article 13, fails then we will of course continue to fight for creators’ rights and the value of works online, but it will undoubtedly be more difficult to secure a positive outcome.

How is PRS for Music involved in helping to secure a positive outcome?

We are also reaching out to much wider rightsholder groups - film studios, TV broadcasters the image sector - because clearly it will be in the best interests of all of us that our proposals enjoy broad support from all rightsholders. We clearly don’t want to come up with 10 different solutions from 10 different sectors and ask MEPs to support them all.

There are several options on the table, but I do think we must properly acknowledge the issues and concerns that were raised during the plenary vote in July. We need to, at the very least, provide clarity that censorship of the internet is neither the desired nor the likely outcome of Article 13.

What is the wider music industry doing?

Everyone was very taken aback by the voracity and volume of the anti-copyright campaign that ran before the vote in July. The European Parliament itself put out a statement saying it was inappropriate for MEPs to receive death threats or bomb threats in respect of copyright reform. Clearly there were very personal and public attacks against MEPs and against those – including our members – who came out in support of copyright reform. Certainly, in Europe, we’d never seen anything like this before.

I think, as a result, the wider music industry, both in Europe and in countries like the US, are concerned about the ability of some large businesses to unfairly influence the democratic debate and effectively hijack what has been a very comprehensive legal, policy and political process.

So, the industry is looking at what we can all do to present a more balanced and positive message about music, about copyright and about how we intend to support and license music online.

We’re expecting to see a text on 12 September which may or may not include something about Articles 11 and 13. I don’t suspect the Copyright Directive will die altogether, but we will know where we stand on the 12 September. Then we will have to make a decision as to what extent we support the final text.