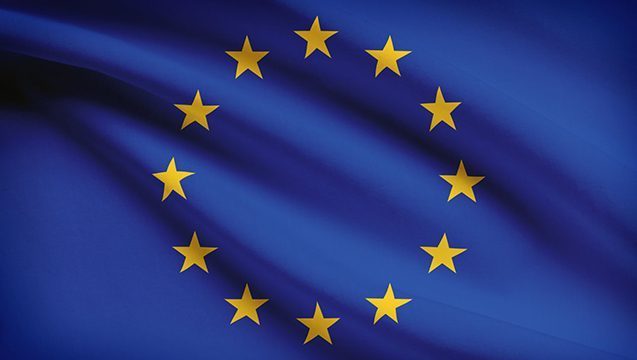 Ever since the referendum in summer 2016, Brexit and the challenges it might create have become obsessions for the British music industry .

So while no one, including the politicians, can quite be certain about what it might throw up, there's plenty to said about the potential issues it may create.

We were at The Great Escape at the Beginners Guide to Brexit panel led by Ian Moss, BPI's director of public affairs, to unpick the political situation. It's a complex, challenging moment for the industry with the only real certainty being that everything needs to be in place for the UK to leave the EU by October 2018. Other than that, everything is still to play for.

Read what we learned including insight from Ian, Proper Music's Vangel Vlaski, the Musicians' Union's Naomi Pohl and Lucie Caswell from the Featured Artists Coalition…

Ian Moss: We are now greater experts on Europe a year after the referendum than we ever were when we were actually in Europe. We know more about the parliaments, the council and the individuals involved.

There are other vital and important issues in Europe such as protecting copyright that the industry should be focused on but Brexit seems to have become all consuming.

Naomi Potts: We have been assured again, again and again by government and the Intellectual Property Office that there's no planned overhaul of copyright post-Brexit.

We think the current copyright regime works really well and the lobbying at EU level on copyright matters has been really good for us. For example, increasing the copyright term on a recording for performers from 50 to 70 years, that's been great for our members. It would have been harder to achieve that if we had been outside the EU. And we certainly don't want to see this increase clawed back.

Copyright wise we hope it will be business as usual but there is an ongoing risk. Companies like Google, there's potential for them to do lobbying at UK-level to try and get changes to copyright. That's not what we want.

Physical movement of product could be hit

Vangel Vlaski (VV): There are concerns about the logistics of trade - things like manufacturing timelines, the cost of production is going to change, the free movement of goods and stock is all going to change in ways we can't predict right now. A primary general concern is customs. That will also be a headache, although I don't want to be too negative.

Lucie Caswell: There are many practical fears. But ultimately, if you increase admin costs and the need for resources then you reduce the pool of who can be involved in music. You leave it to the bigger companies, the people who can spend time and money getting expertise, getting those visas.

To a certain extent, that will restrict the kind of music you can hear. Does it mean only profitable music can be made? If we do sanitise who can be involved in music, then it's a worrying prospect to me - we need to keep access to music as wide as possible.

Arguing against the big companies is harder on your own

VV: There's always strength in numbers when you argue with big companies and tech giants when you're trying to put forward your case and your concerns about the stronghold they have. Being outside of that group of countries arguing for the case of the creative industries, it might make it a more difficult conversation to have.

MU is campaigning for one EU visa to help touring acts

NP: Touring is something our members are very worried about. It's the uncertainty. We're campaigning for one visa to Europe. This means our members can get one visa and do a full tour where they don't have to get separate visas for each country. Our members are looking for ways to campaign. One has been sending electronic postcards to her MP each time she moves to a different EU city to perform.

But broadly, everything will be fine. Hopefully.

IM: There are plenty of difficulties underneath all the Brexit debate and discussion. It's not as simple as "don't worry about it". But broadly, the UK music industry will still be as strong as it is now. The fact that we're good at this doesn't go away. And the fact that people in Europe want to buy our music won't go away either. Our biggest market is America and we've never had a trade deal with them.

Read all our content from the Great Escape 2017.
Business and Money