Leading political figures and business professionals joined forces at PRS for Music’s King’s Cross headquarters to examine what Artificial Intelligence (AI) means for music creators today and how it may shape the future industry.

Led by Emma McClarkin, former MEP and technology and international trade specialist, a panel including Lydia Gregory, classical singer and co-founder of creative services company, FeedForward AI, and Matthew Hawn, Chief Product Officer at Audio Network delved into the topic and discussed the creative limits of a machine, whether AI, specifically Artificial General Intelligence (AGI), is a disruptive force that unsettles the already complex world of music or does it create new opportunities for creators?

Technology is changing the world we live in, from the way we discover music to its creation, AI will bring innovation but also big questions for the industry. Just as the UK leads in music so we should in our understanding of AI and the impact it could have.

AGI could have the capacity to understand or learn any intellectual task that a human being can. This includes the ability to reason, think for itself, plan, communicate and integrate these skills towards a common goal. Music in contrast, is loaded with cultural and social contexts, born out of the emotional and cerebral experiences of the music creator. If a machine can learn how to mimic human emotion, will there be a need for songwriters in the future?

Also speaking at the event was Andrew Burgess, author of The Executive Guide to Artificial Intelligence and Lord Clement Jones, Chair of the House of Lords Select Committee on Artificial Intelligence. In a recent report, AI in the UK: Ready, Willing, and Able? Clement Jones recommends the establishment of a cross-sector AI code to ensure ethics take centre stage in the development of AI development and adoption.

When asked about the possibilities AI presents to the music industry, he said: “It is not about what AI can do, but what it should do. The potential is enormous, but AI has got to be our servant, not our master.”

Despite its limitless potential, as the panel debated the current, and future, use of AI in music creation, it became clear that AI is a long way from entering an age where it can independently write songs.

PRS for Music launched PRS Explores in 2016, with the aim of facilitating debate about change within the music industry. Previous topics have included The Music Modernization Act, virtual and augmented reality, blockchain, and the EU Copyright Directive. 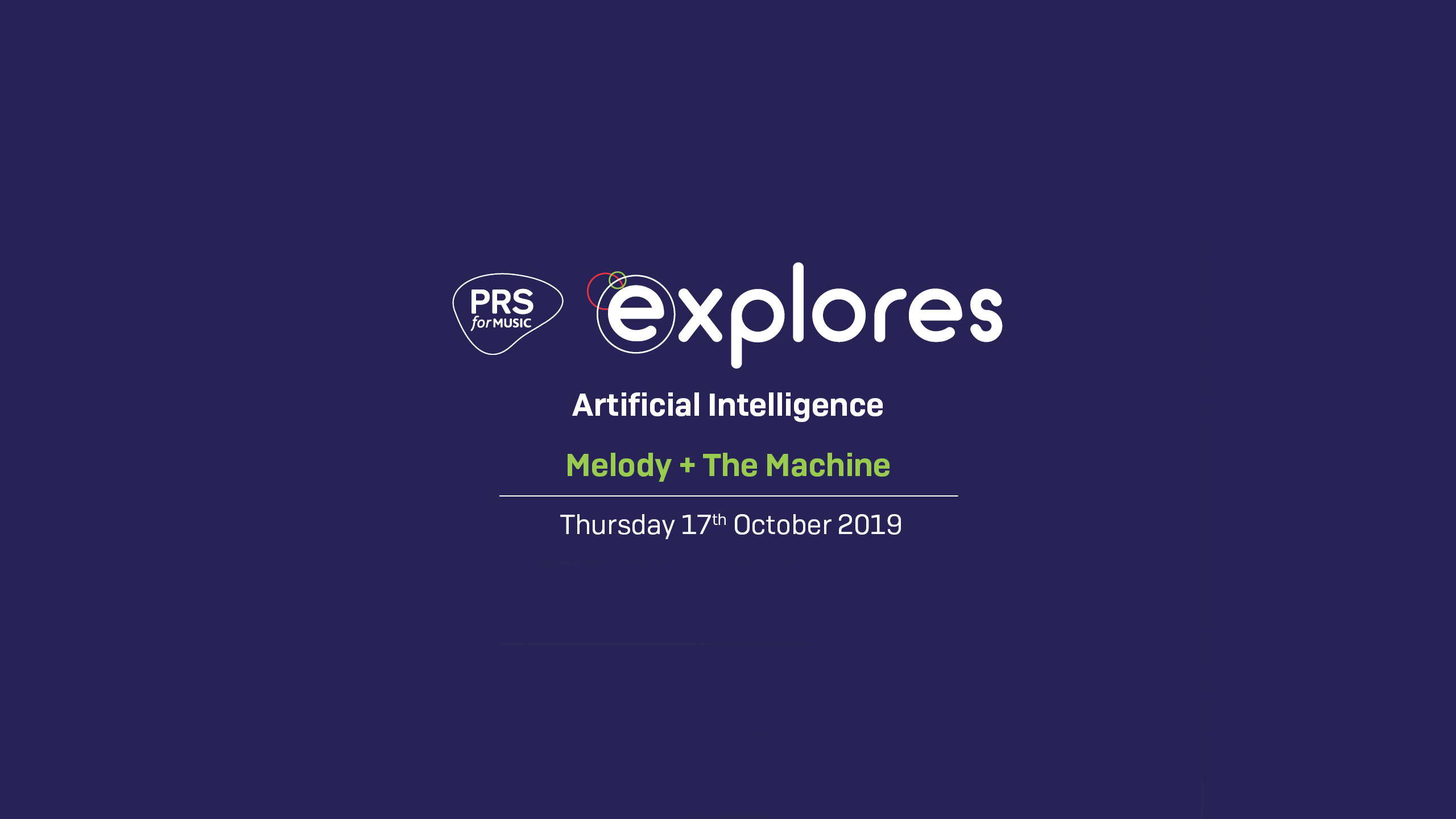 Grammy Award-winning songwriter and ASCAP President, Paul Williams, says: “This is about families. This is what we do for loving and living. It's a labour of love, but it's a labour.”

Incopro UK’s COO, Helen Saunders: “Cryptocurrency mining is definitely a new trend that we have observed - we’ve seen at least 200 piracy sites use this method.”