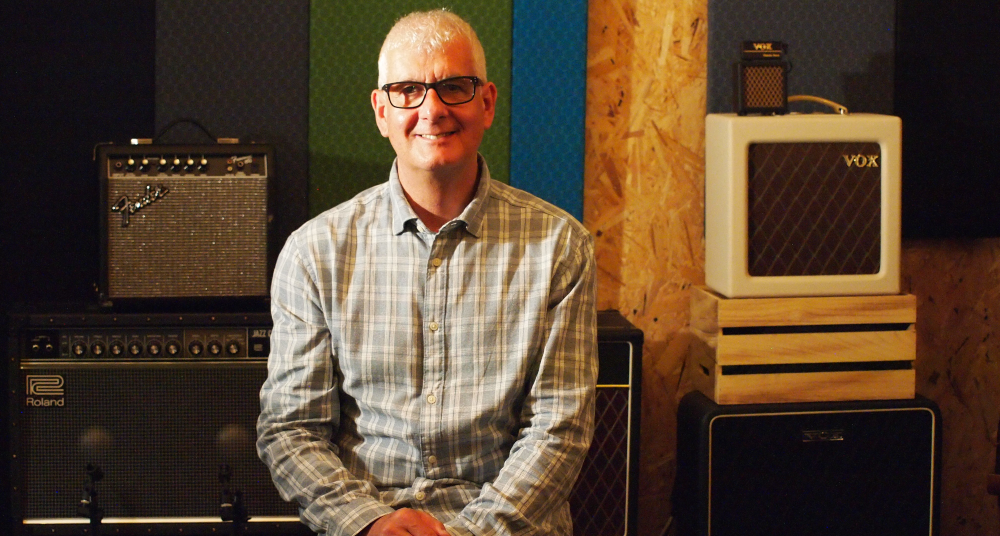 With over four decades in the music industry, Steve Levine’s gone from an in-house engineer at CBS Studios working with The Clash, to producing albums for the Beach Boys and Culture Club.

As the songwriting community gears up for The Ivors 2020, PRS for Music is reflecting on the power of songs in turbulent times with a one-off competition for its members.

The prize for the best entry is an exclusive virtual masterclass with BRIT and Grammy-award winning producer Steve Levine.

Steve has worked with some of the most influential artists the world has ever seen and continues to produce music for both emerging and legacy artists.

This is a unique opportunity to access Steve’s experience and expertise in order to further develop your songwriting.

To enter, simply head to your chosen social channel and answer the following question.

Which song have you found the most comfort in throughout the pandemic, and which specific lyrics have helped you through?

PRS members can enter by replying to or commenting on the launch announcements on any of the PRS for Music social accounts (Facebook, Twitter and Instagram) which will be released on Friday 31 July. You’ll need to reply with:

The winning entry will be announced during the week of The Ivors ceremony, taking place on Wednesday 2 September.

2. All competition entries must be received by no later than 23:59 on Friday 14 August 2020 (the “Closing Time”) with the song name, your favourite lyrics within the song and the hashtag #LyricsWeLeanOn. Only one entry per person is allowed.

3. PRS for Music will not accept: a) responsibility for competition entries that are incorrectly submitted, lost, delayed in transit or not delivered, regardless if cause, including for example due to technical faults; or b) proof or transmission as proof of receipt of entry to the competition. Entries received after the Closing Time will not be considered.

4. The five finalists will be shortlisted by a judging panel consisting of Steve Levine and a small group of five PRS for Music employees by 23:59 on Friday 21 August 2020. Names of the finalists and details of their entries will be shared on the PRS for Music Facebook, Twitter and Instagram accounts.

5. The winning entry will be decided on by the same judging panel as in 4. by 23:59 on Friday 28 August 2020. The winner will be notified by the social media account they entered with, by 23:59 on Friday 4 September 2020. The winning entry (limited to details about the song and songwriter) will be shared on the PRS for Music Facebook, Twitter and Instagram accounts. The winner will be named on Facebook, Twitter and Instagram.

6. The prize to be won by the winner is one mentoring session with Steve Levine to be delivered one-to-one via online video call, as specified above (the “Prize”).

8. The Prize is not exchangeable nor transferable and no cash alternative will be offered.

9. PRS for Music’s decision regarding any aspect of the prize draw is final and binding and no correspondence will be entered into about it.

10. The winner’s name will be available on request by sending an email to events@prsformusic.com after the draw date within one month of the competition Closing Time.

11. This competition is not open to employees of PRS for Music, their families, or any third party directly associated with the administration of the prize draw.

12. PRS for Music cannot be held responsible for the failure of any third parties to fulfil their obligations associated with this competition. In order to receive the Prize, the winner may be required to agree to terms imposed by third parties providing services, such as video calling services, which are necessary in order to deliver the Prize.

14. The personal information supplied by you when submitting a competition entry, will be used by PRS for Music in accordance with our privacy policy which can be found on our website

15. PRS for Music reserves the right to hold void, cancel, suspend, or amend the prize draw where it becomes necessary to do so.

16. This prize draw is governed by the laws of England and Wales and any dispute in relation thereto is subject to the exclusive jurisdiction of the English courts.

17. The promoter of this prize draw is PRS for Music Limited, 2 Pancras Square, London, NC1 4AG. 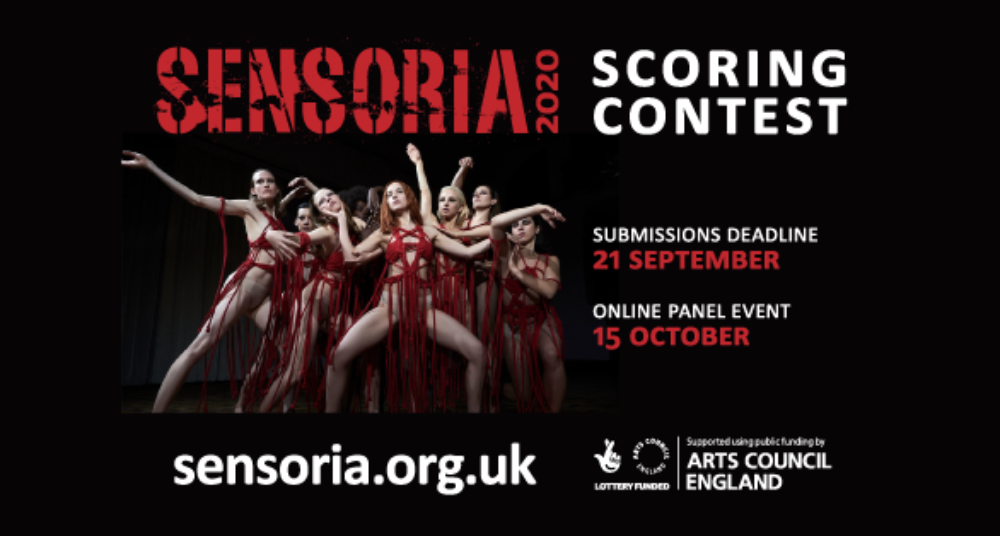 The SensoriaPro Scoring Contest is a unique opportunity for composers to create music to a film trailer/clip and receive feedback from a panel of industry experts. 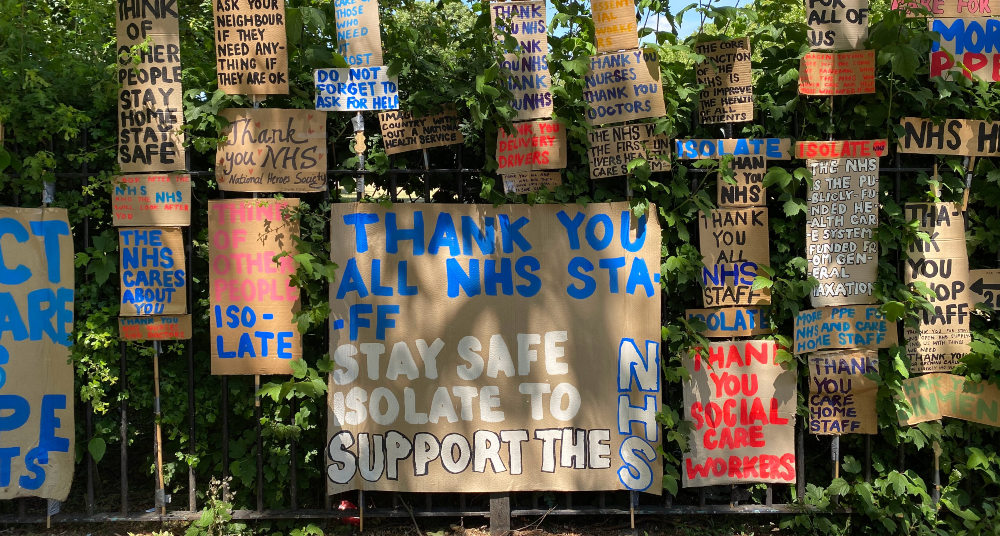 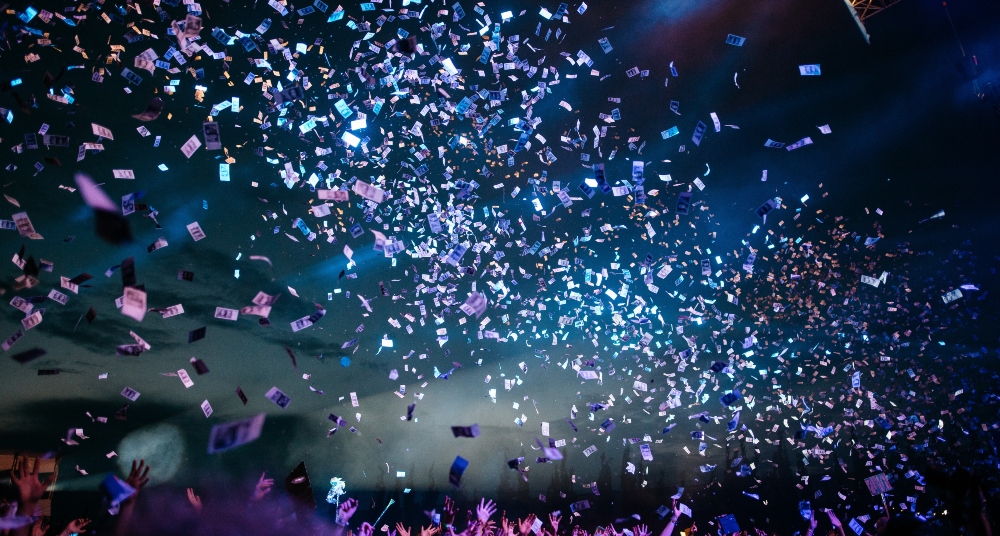 The finalists will now be reduced to a final three, with Glastonbury’s team of live finals judges picking a winner and two runners-up.