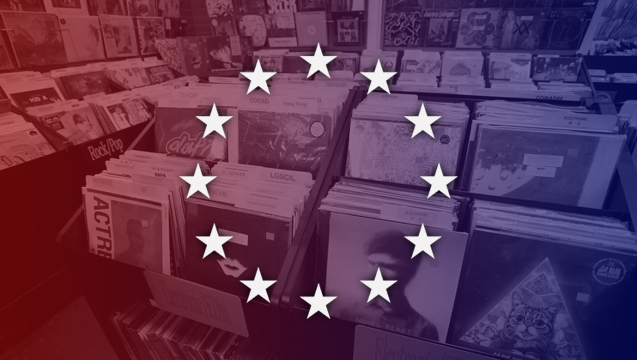 Top artists unite to call out government on Brexit deal

Annie Lennox, Jamie Cullum, Paloma Faith and David Arnold are among the award-winning musicians to sign letter calling for an alternative to the Brexit deal.

Annie Lennox, Jamie Cullum, Paloma Faith and David Arnold are among the award-winning musicians to sign letter calling for an alternative to the Brexit deal.

The letter states that ‘Brexit represents a significant threat to the UK’s music industry’ and that ‘in the post-Brexit UK, there is a clear risk that reaching consumers and fans will be more expensive, and international markets will be harder to access’.

It continues: ‘No-one voted for this situation, whether they voted Leave or Remain. It is critical to find a way out of this mess, and therefore we ask you to examine alternative options to maintain our current influence and freedom to trade.’

Signatories from the music management sector include Ed Sheeran's manager of seven years, Stuart Camp, management company Raw Power which represents At The Drive-In, Bullet For My Valentine and punk veterans The Damned, and Fleet River Management, which represents four-time Grammy-winners The Chemical Brothers.

Some of Britain’s most celebrated new talents are also backing the letter including Nadine Shah, Dream Nails and Public Service Broadcasting.

Commenting, Sammy Andrews, chief executive of Deviate Digital, and co-organiser of Music4EU said: ‘Rarely do so many factions within the music industry unite on any subject, but Music4EU’s signatory list so far is a clear indication of the level of concern over the current mess, and how widely it impacts every corner of this sector. Brexit is an unmitigated disaster for Britain’s world-leading music industry.’

Sam Duckworth, who performs as Get Cape. Wear Cape. Fly, added: ‘It’s a connected age, where diminishing rights and barriers to trade should be a thing of the past. We need to make sure we don’t isolate ourselves from our wider cultural family. Be it sharing a stage, a marketplace or as part of a team, Brexit is causing mass uncertainty.

Music is a big part of the economy and is the front line of the warm British welcome. It is essential that we are given clear guidelines, promises and safeguards for this to continue.’

Music4EU is now calling on any UK-based musicians or music industry professionals to add their individual or company support to the letter by visiting https://music4eu.com/letter.

Music4EU is a grassroots group from the UK music sector calling for a meaningful alternative to Brexit.
News
Back to top