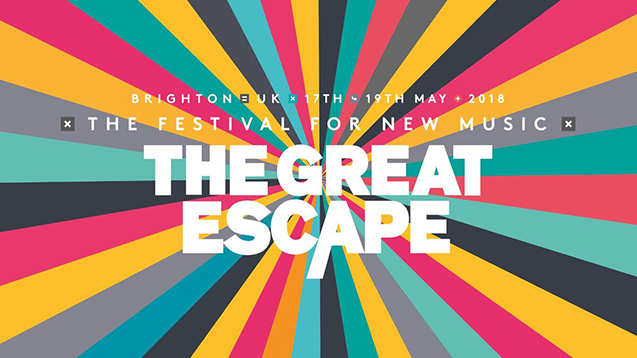 The Xcerts join PRS panel at The Great Escape 2018

The Xcerts and Huw Stephens will appear ‘In Conversation’ for an upcoming session at The Great Escape, presented by PRS for Music, PRS Foundation and PPL.

The Xcerts and Huw Stephens will appear ‘In Conversation’ for an upcoming session at The Great Escape, presented by PRS for Music, PRS Foundation and PPL.

In the panel, which takes place on 18 May at the Old Courtroom, Brighton, Jordan Smith and Murray Macleod from the band will delve into the creative process behind their records.

They will open up about the challenges, creative blocks and risks they have had to overcome as well as the impact of receiving PRS Foundation’s Momentum funding – all of which have helped them to produce four albums and lauded live shows.

They will be joined by their long-standing producer Dave Eringa, and Olivia Sime from their agency ITB, who has worked with the band to help build and shape their career.

The session will be chaired by BBC Radio 1 presenter and long-time Xcerts champion Huw Stephens.

Momentum Music Fund was initiated by PRS Foundation and Arts Council England. The fund was launched at The Great Escape in 2013.

PRS for Music and PPL will also host networking drinks at MyHotel, Brighton, from 3pm to 5pm after the panel.
News
Back to top