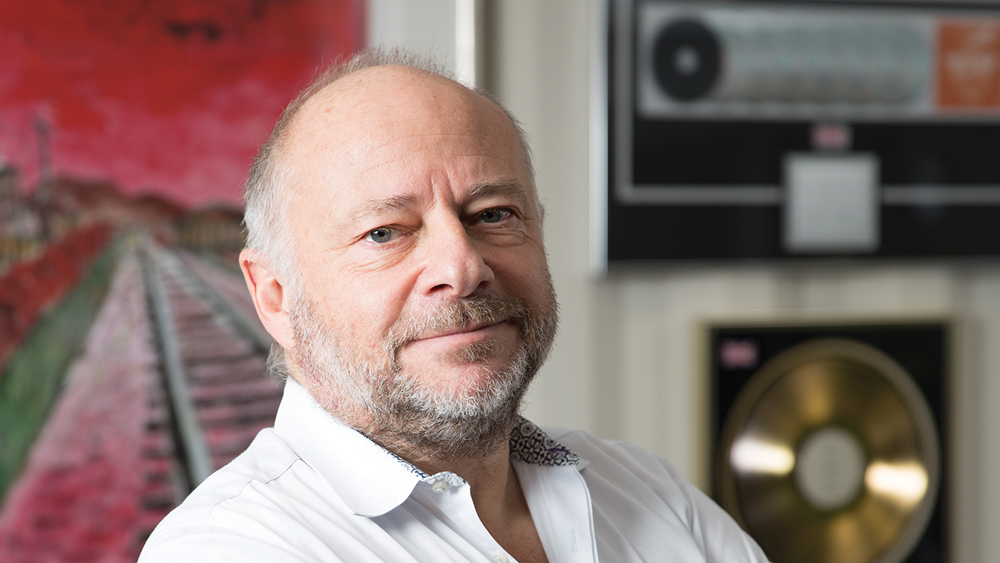 Simon Platz was appointed as Deputy Chairman Publisher this January, and here he reflects on exciting times in the music industry and PRS for Music's place within it...

The music industry is a much more optimistic place compared to only a couple of years ago. With digital product now starting to realise its potential, there is a sense of excitement as bottom lines increase and lines on charts point in the right direction once again.

That’s not to say that the new music ecosystem has settled, however. The uncertainty that persists is perhaps best illustrated by the well-publicised tug of war that is Article 13. It’s probably the most high profile of a handful of significant issues where there is still plenty of jostling to be done before we can comfortably declare a new status quo across the music biz.

2019 feels like a potential turning point for PRS for Music, in particular. We are faced with a handful of significant challenges, and how we respond to them now could very well define the shape of the organisation for years to come.

We cannot ignore the fact that the UK’s blanket licence is looked upon unfavourably by players in some territories, particularly the US, and that some of the major writers are entertaining the idea of licensing certain rights directly.

I cannot emphasise enough the importance of the UK’s blanket licence to the health of our community. Make no mistake, it is the blanket licence that ensures value for rightsholders at every level. Its disintegration may mean a windfall for legendary catalogue owners, but everyone else would see their bargaining power become stunted and that would ultimately harm UK music as a whole.

PRS is facing further competition from the US with some American societies offering large advances in a bid to encourage writers to join them for the world. I would warn writers and rightsholders that the promise of cash up front doesn’t always guarantee the best resources for long-term sustainability.

I believe PRS thrives on a foundation of transparency and accountability – something we have never compromised on. Trying to compete with big lump sums would be an exercise in short-termism. Far more valuable is good infrastructure that provides quick payments and clarity for our members. That is where we need to focus our resources.

Of course, technology and infrastructure are nothing without the right people. As you’ll already know, we’re currently searching for a new CEO, but it is not a process that can be rushed.

More than ever we need somebody who can be an active force in the PRS engine room, and a driving force in helping us achieve our day-to-day goals, as well as being a figurehead for the organisation around the world. That kind of person is hard to find – but the effort will be worth it.

I’m also keen to see some much-needed change at Board level. Currently, only three women sit on a PRS Board of 25. I would like to see greater equality there.

The problem, however, is that the Board currently is reflective of the wider PRS membership, only 17% of which is female. Greater diversity across the publishing community at a management level, therefore, clearly needs to be encouraged, and PRS is well placed to spearhead that drive.

PRS Foundation is already doing some great work related to this issue in certain areas of the industry – such as the Keychange initiative, which encourages gender balance at festivals – and we will look for new ways to make greater headway within publishing. I’d welcome conversations with anyone wishing to contribute.

We are emerging from a turbulent time, and we still face numerous pressures. Where we were once crying out for more data, we are now having to grow and adapt quickly to accommodate more than we could have ever imagined a short time ago.

I hope we can embrace the new music industry with renewed vigour and confidence. There are exciting times ahead.

Simon Platz has been on the PRS Board since 2008 and was appointed as Deputy Chairman Publisher this January.

Simon is managing director of Bucks Music Group which has a varied roster of composers and active A&R and synch teams, signing many new and upcoming writers, nurturing them and helping them build lasting careers.

Simon is also a Director of the Music Publishers Association, a Trustee of the PRS Foundation and on the boards of the Mechanical Copyright Protection Society and Printed Music Licensing Limited.  He is also a founding member of the Independent Music Publishers Forum.