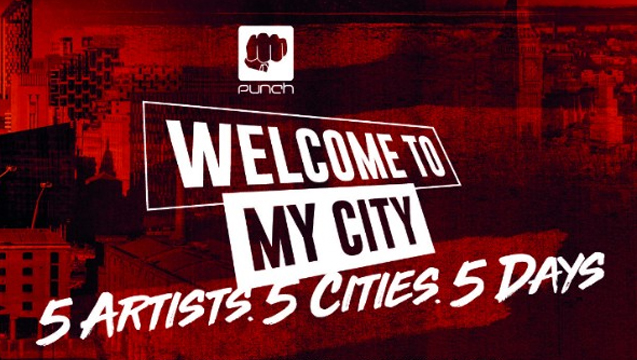 Punch’s Welcome To My City tour hits the road

Punch have unveiled the line-up for their 2018 Welcome to my City (WTMC) tour, which gives five up and coming musicians the opportunity to perform across the UK.

Development agency Punch have unveiled the line-up for their 2018 Welcome to my City (WTMC) tour, which gives five up and coming musicians the opportunity to perform across the UK.

The tour sees the five emerging artists touring the country via one another’s cities, each headlining a show in their home town and supporting their cohort on other shows across a run of five UK dates.

Included on the tour’s line-up are Jerome Thomas, Lady Sanity, MC Nelson, SVGA and Vanessa Maria. They will perform in London, Manchester, Birmingham, Southampton and Liverpool.

Welcome to my City began in 2017 and already boasts numerous success stories for the artists involved, including Cardiff’s Kizzy Crawford who has just released her debut album ‘Birdsong’ in which she sings in both English and Welsh.

The tour then heads to Liverpool with MC Nelson headlining EBGBS on August 29th, followed by Jerome Thomas’ headline show at The Camden Assembly in London on August 30th as part of Jigsaw Festival.

SVGA will then take to the stage, headlining The Joiners Arms in Southampton on August 31st, followed by Lady Sanity’s headline performance at The Flapper in Birmingham which closes the tour on September 1st.

Founded in 2002, Punch is a music development company based in Birmingham that aims to change the lives of emerging musicians by supporting their careers.

Tickets for most tour dates are free but must be ordered online. Get tickets here.