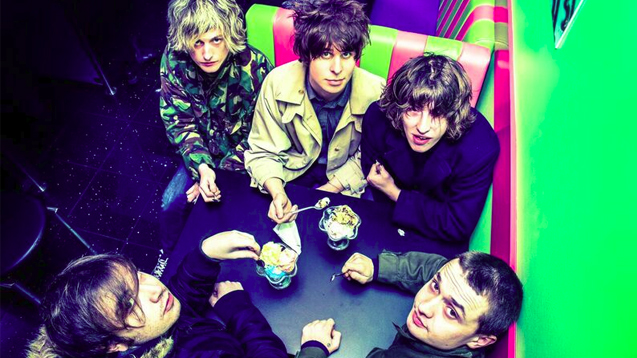 PRS will join forces with fellow licensing organisation PPL to co-host the second stage at this year's Handmade festival, featuring Cabbage and JAWS.

PRS for Music will join forces with fellow UK licensing organisation PPL to co-host a stage at this year's Handmade festival, featuring Cabbage (pictured above) and JAWS.

The Leicester-based independent music event will see the two organisations partner up on Saturday 29 April and Sunday 30 April to programme the second stage. Saturday's headliners are Cabbage, followed by JAWS and Superfood on Sunday.

Paul Clements, commercial director at PRS for Music, said: 'We are excited and proud to be partnering with Handmade Festival in association with PPL in the vibrant City of Leicester, from where we plan to launch our new joint venture that will benefit customers from later this year.'

The partnership comes ahead of the organisations' joint venture, which will see the opening of a new office in Leicester, said to provide space for around 200 members of staff.

Now in it's fourth year, the multi-venue event will play host to some of the industry's biggest acts and emerging talent across two main venues - the Leicester O2 Academy and the Attenborough Arts Centre.

John Helps, director at Handmade, said: 'We’re absolutely delighted to have PRS and PPL involved in Handmade this year.

'It’s important for us to work with organisations who support musicians as much as they do, and who are involved at every level - from new and emerging talent upwards.'

The festival is organised and curated by some of the most well known and respected local music promoters, including John Helps (Robot Needs Home), Matt Kirk (Firebug), Nik Sharpe (The Cookie) and Andy Wright (The Charlotte).

Helps added: 'It’s particularly poignant to have them as part of Handmade this year as part of their business moves to premises in Leicester.

'We look forward to welcoming them to a city that has such a fertile creative community, which nurtures its new acts and produces such a diverse range of music across its venues and events.'

Read more about the joint venture between PRS for Music and PPL.
News
Back to top