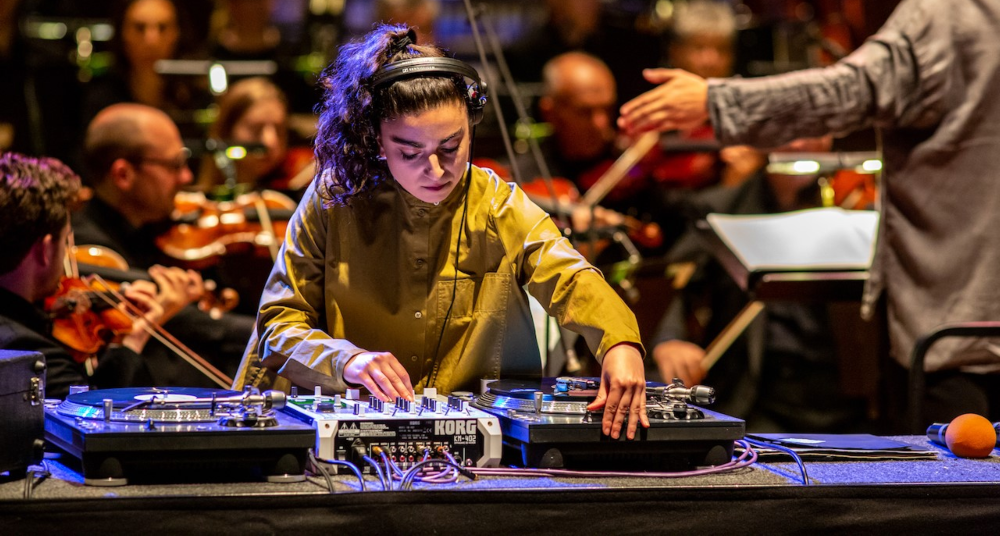 PRS Foundation and Southbank Centre are calling for proposals for their critically acclaimed New Music Biennial 2022.

Presented in partnership with Coventry UK City of Culture, BBC Radio 3 and NMC Recordings with support from Arts Council of England, New Music Biennial 2022 will comprise 20 new pieces of music: ten brand new works selected from an open call and ten pre-existing New Music Biennial works from across the last 10 years to mark its launch back in 2012.

Music and the arts have never been more important with so many universal challenges facing individuals, communities and the world. This year's New Music Biennial invites composers and commissioning organisations to create a response - exploring the fantastical, imaginative and transformational shift music can effect in confronting these threats and challenges whilst bringing joy and excitement.

The deadline for applications is 13 September 2021 and the winning compositions will be selected by a prestigious and diverse panel of judges. The final programme will be announced in October 2021

Through 2021/22 the new pieces will be composed and rehearsed and all twenty commissions will receive public performances at two celebration weekends; in Coventry as part of Coventry UK City of Culture in April 2022 and in London at Southbank Centre in July 2022.

In addition to the performances the New Music Biennial will be broadcast across BBC Radio 3 and pieces will be available through NMC Recordings following the festivals.

Joe Frankland, chief executive, PRS Foundation, said: ‘We’re delighted in to bring the New Music Biennial 2022 to Coventry UK City of Culture in addition to its spiritual home at Southbank Centre in its 10th year. Over the last decade the New Music Biennial has seen more than 80 composers and music creators create phenomenal and critically acclaimed pieces of music that have entertained and moved audiences at the weekend festival events in London, Glasgow, Hull and through additional performances across the UK. Each open call we are always excited by the submissions we receive as they highlight the fantastic creativity, imagination and sheer talent we have here in the UK for music creation. We look forward to seeing the submissions for our New Music Biennial 2022 and sharing the winning pieces alongside pieces from New Music Biennials over the last 10 years with audiences in Coventry, London’s Southbank Centre and the wider country next year.’

‘Coventry is known the world-over for our brilliant pioneering spirit, commitment to peace and social justice, and creating harmony amongst citizens. A city of movements, we created the Coventry Carol, commissioned the War Requiem, established the 24hr rave scene and invented 2Tone and more recently produced incredible scene of grime artists. Coventry artists have demonstrated the role that music plays in our identity, in building connections through and after conflict, creating new youth led movements and striving for unity, putting our beautiful differences at the centre.

I’m looking forward to hearing some extraordinary new music as part of this call out.’

Gillian Moore, director of music and performing arts, Southbank Centre, said: ‘The New Music Biennial has become a joyful fixture on the national music calendar; a festival which shines the spotlight on the diverse musical creativity of the UK. Southbank Centre has been privileged to be part of NMB since the very beginning ten years ago and it has been a joy to fill the whole site with music from all corners of the country, representing genres from folk to contemporary opera to orchestral to electronic music. In 2022, we specially look forward to collaborating with Coventry, City of Culture.’

Helen Sprott, executive director, NMC Recordings Ltd, said: ‘NMC is delighted to working with partners, PRS Foundation, Southbank Centre, John S Cohen Foundation, BBC Radio 3, and Coventry UK City of Culture, supported by Arts Council England, in another exhilarating voyage of musical discovery. These biennial surveys in sound remind us of the extraordinary creativity of successive generations of music makers, and NMC is thrilled to provide a permanent, and permanently accessible home for their work, for listeners everywhere to explore and enjoy.’

Find out more and submit your application through the PRS Foundation website.