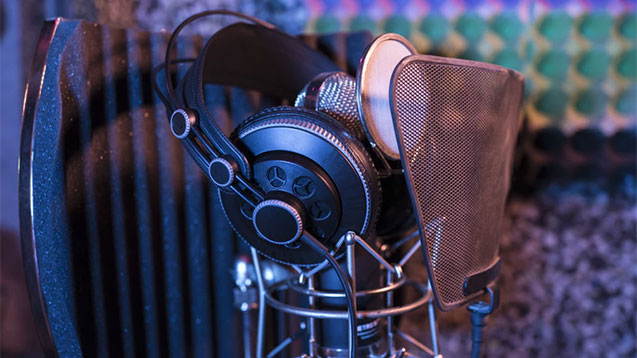 PRS for Music and Sony/ATV Music Publishing Benelux announce the return of their songwriting camp in Amsterdam ahead of ADE, and reveal the upcoming talent joining this year.

PRS for Music and Sony/ATV Music Publishing Benelux are hosting a songwriting camp in Amsterdam for dance music creators.

It takes place on 15 and 16 October in the lead up to the music conference, Amsterdam Dance Event (ADE), and will provide an opportunity for producers and songwriters from across Europe to come together in one creative space.

In the lead up to the event, PRS for Music held a competition for an up-and-coming songwriter to win a place at the camp, with hotly-tipped Caitlyn Scarlett taking the winning spot.

Since signing a publishing deal with BMG in 2017, she has worked with MNEK, Ella Eyre, Ray Blk and CLiQ. Her own music, including Radio 1’s BBC Introducing Track of the Week, Ornaments, has been streamed over eight million times.

PRS for Music awarded a further place on the camp to writer/producer Stephen Kenny Tempest, aka DJ S.K.T.

They will be joined on the camp by songwriters and producers including Arie Storm, ChildsPlay & Chuckie, ELJAY, Jessica Wilde, Jumpa, Laurell Barker and One Bit.

UK writer/producer duo One Bit attended last year’s inaugural dance music camp, teaming up with Stevie Appleton and British-Canadian songwriter Laurell Barker, to collaborate on the single, Between You & Me.

The single was recently put out by Ministry of Sound, with former X Factor winner, Louisa, on vocals, and it made the Cool Cuts Chart on its first week of release.

Simon Aldridge, PRS for Music’s head of writer relations, said: ‘I am delighted PRS for Music is returning to Amsterdam to host a second songwriting camp for electronic music. We hope all attendees are inspired and empowered by their time spent together – I can’t wait to hear what comes out of this event.’

‘The mix of people coming from all different countries, combined with a great studio place, gives the camp a unique atmosphere where, without any doubt, magic will happen again!’

Read our recent interview with One Bit.