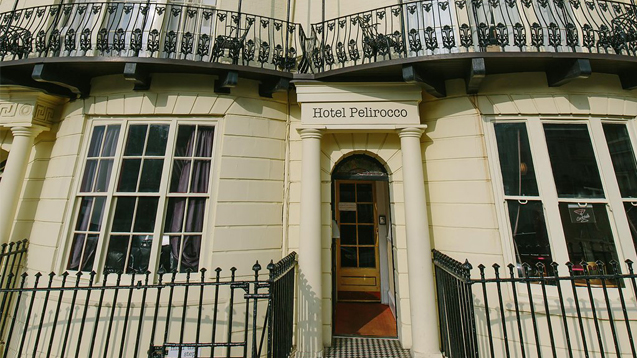 Pro7ect will be bringing its songwriters retreat back to Brighton in 2017 with Brand New Heavies producer Andrew Levy.

Pro7ect will be bringing its songwriters retreat back to Brighton in 2017 with Brand New Heavies producer Andrew Levy.

Taking place 12-17 March 2017 at the Hotel Pelirocco, the fourth edition of the initiative will see songwriters and artists getting the opportunity to work with A-list producers to write, record and produce great music. Past participating producers have included Liam Howe (Lana Del Ray/Ellie Goulding/FKA Twigs) and Stew Jackson (Massive Attack/Phantom Limb) while Andrew Levy (Brand New Heavies) has signed up for this year.

The official launch of Pro7ect 2017 will take place at the Hotel Pelirocco on Friday 20 May 2016 during The Great Escape Festival in Brighton. It will feature a performance by Eddie Prove, a guest artist from this year’s retreat, and will be broadcast live by 1Brighton FM.

‘The benefits of collaboration are obvious – this year, for example, 14 participating songwriters and artists wrote and recorded 15 songs in four days. That level of creativity would be hard to sustain on your own, but when you get a group of like-minded people together, it is amazing to see what they can achieve.’

For the duration of Pro7ect@The Hotel Pelirocco, four pop-up recording studios are installed at various locations around the hotel. Each studio is equipped with the latest recording technology from renowned equipment manufacturers such as PMC, Focusrite/Novation, Roland and Audio Technica. Participants work in teams led by a producer and write a track a day for four days. The teams are changed each day and the songs are either written for one of the artists in the room or to spec using tip sheets supplied by Pro7ect. Every evening there is a feedback session where teams play the result of their day’s work to the entire group.

Details of the producers taking part in Pro7ect 2017 will be announced over coming months. The cost of participating is between £789 and £969, including food and accommodation for five nights.

Visit hotelpelirocco.co.uk/hp/pro7ect/ to apply for places.
News
Back to top
Close