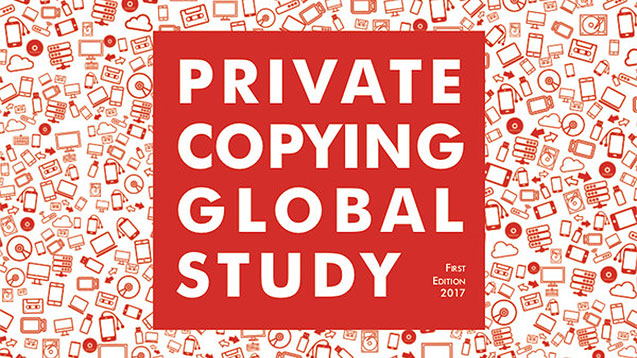 Levies covering the general public’s copying of music onto CDs and devices for personal use are hugely beneficial to creators and rightsholders if managed properly, a new report finds.

Levies covering the general public’s copying of music onto CDs and devices for personal use are hugely beneficial to creators and rightsholders if managed properly, a new report finds.

According to the Private Copying Global Study, published by the International Confederation of Societies of Authors and Composers (CISAC), these levies have a key role in the growing digital music environment. However they need adequate legislation and effective collection mechanisms to operate more efficiently.

Private copying policies have been prevalent in countries including Germany and France for many decades, where collecting societies redistribute levies on blank CDs, cassettes, mobile devices and hard drives back to rightsholders.

In Europe alone, these revenues make up six percent of total royalty collections, while in some markets, such as Africa, the contribution jumps into double figures.

It said in the report: ‘When a private copying levy system operates effectively, it can provide a substantial source of revenues for creators. Furthermore, the importance of levies is growing in the face of widespread copying over digital media and the growing popularity of mobile devices with large storage capacities.

‘It is a very modern and very convenient way to serve the protection of creator’s rights but also the fundamental right to freedom, such as user’s right of privacy. In many countries and especially in Europe, a percentage of collected funds is deducted for social and cultural purposes,’ it added.

This study is the first global analysis of private copying systems that exist around the world, and covers the laws of 191 countries on five continents.

Here in the UK, the government introduced a private copying exception in 2014 without compensation remuneration, arguing that the harm caused by the exception would be minimal.

However, after a judicial review against the government initiated by organisations including the Musicians’ Union, BASCA and UK Music – backed by PRS for Music and PPL – the legislation was declared unlawful by the high Court and has been overturned.

They successfully argued that the compensatory element of a private copying exception lies at the heart of EU law and underpins common respect for the songwriters, composers and musicians whose work is copied.

They also highlighted that the UK government’s decision not to provide fair compensation to rightsholders is at odds with the vast majority of countries in Europe who have introduced private copying exceptions and included these compensatory measures.

Read the CISAC report in full.
News
Back to top