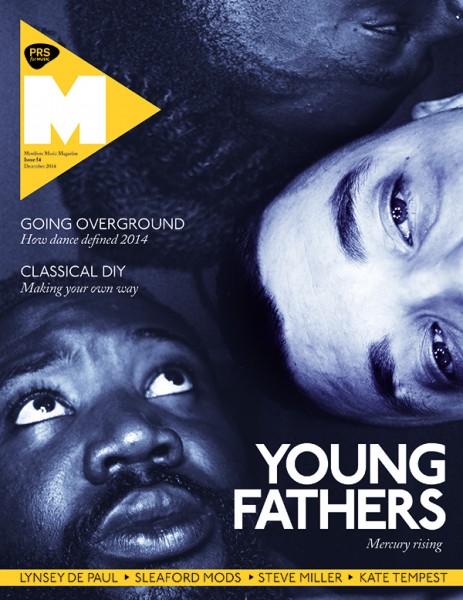 This issue, we're looking back over 2014’s biggest songwriting stories, delving below the headlines to learn about the musical legacies this year will leave. From the ongoing streaming saga to the rise of the DIY composer, we’ve been getting the inside track on the hottest topics that have shaped the debate.

We’ve also been gazing into our crystal ball to predict what’s around the corner for British music. With change afoot in the charts, and the continuing invasion of UK pop overseas, we corner Jimmy Napes to find out how he - and his cohorts - have set the bar high for 2015.

Elsewhere, we meet the leading lights of the contemporary classical scene to learn how they’re ripping up the rulebooks to revitalise the genre. From Kerry Andrew and Kate Whitley through to class act Errollyn Wallen, we explore the perks and the pitfalls of breaking the mould.

You’ll also hear from BBC radio presenter Gemma Cairney on the songs that soundtrack her life and learn how Nottingham natives Sleaford Mods are coming to terms with their caustic creative streak.

As usual, we celebrate our favourite songwriters and composers to join PRS for Music in the Just Joined section, and throw the floor open to some music industry luminaries in the Comment and Business News pages.

We hope you enjoy your read!