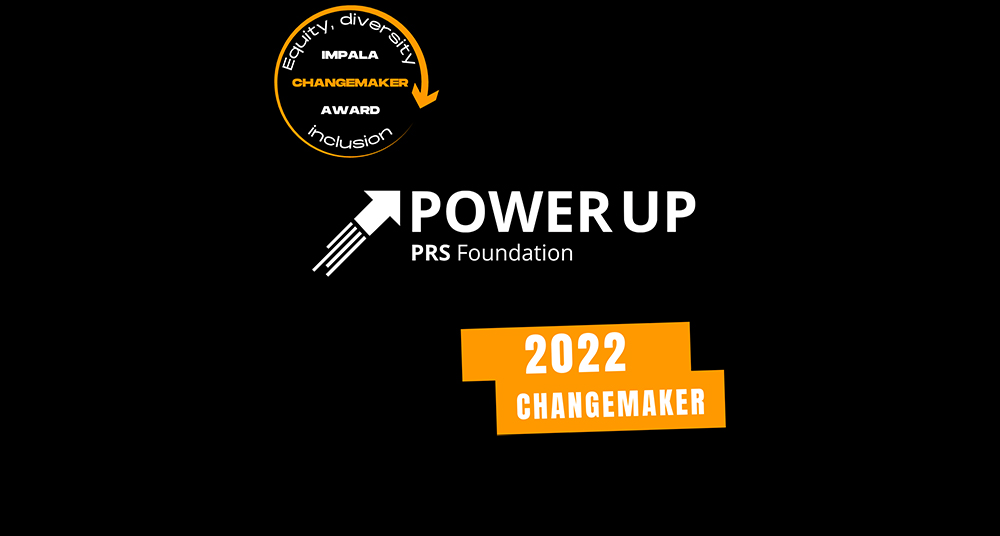 The award highlights the work the programme does in supporting Black music creators and professionals in the industry.

The POWER UP initiative is the first to receive the new Changemaker Award from the Independent Music Companies Association (IMPALA) which spotlights projects promoting inclusion and inspiring action towards equality in the independent sector.

Launched in January 2021, each year POWER UP provides mentoring, support and grants of up to £15,000 for 40 Black music creators and industry professionals.

From the initiative’s first cohort, Hannah Shogbola was added to the Music Week Women in Music Awards Role of Honour, Abel Selaocoe’s BBC Proms performance of Africa Meets Europe received a four-star review from The Times and the Nova Twins appeared on the Times Square NYC Billboards for their critically acclaimed debut album. It’s these kinds of successes, indicating the impact the programme has, which is why the IMPALA’s equity, diversity and inclusion task force voted POWER UP as their Changemakers.

On winning the award, CEO of PRS Foundation, Joe Frankland said, “It’s a real honour to be the first recipients of an award which celebrates changemaking initiatives in a way we hope inspires the independent sector to go further to actively combat discrimination.”

“Demand for a fairer and equitable music industry from those hitting glass ceilings and experiencing racial barriers is undeniable. The POWER UP participants are creating a powerful network and prove that everyone benefits from this targeted, changemaking approach,” he continued.

Ben Wynter thanked all the organisations helping to make the music industry more equal, saying, “I would like to shine a light on and encourage all of the other organisations and initiatives working to create a fairer and more diverse industry for all across Europe. Their work does not go unnoticed and inspires us all at POWER UP.”

Applications for 2022’s POWER UP cohort closed in February and Year 2 participants will be announced in the coming months.