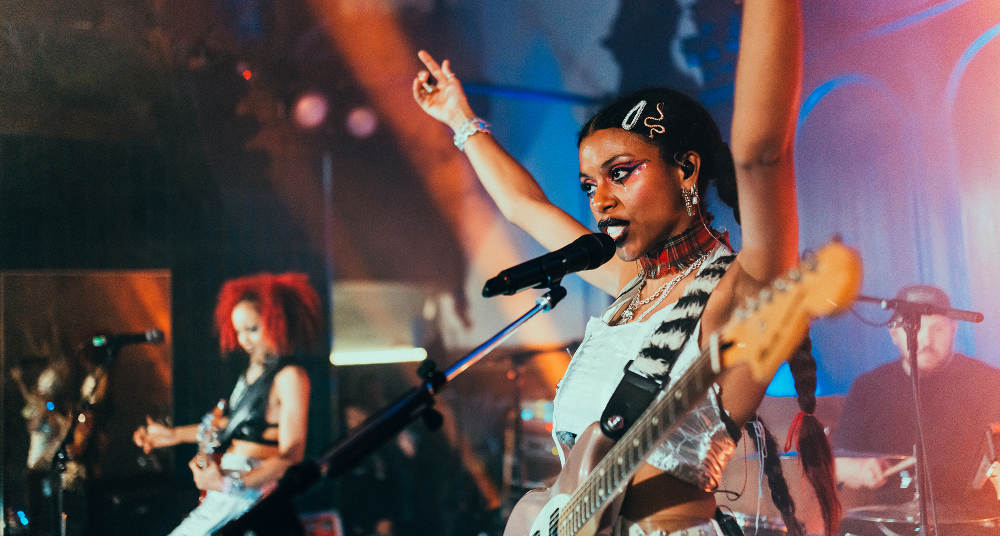 The daytime ceremony took place in its new home at Park Plaza Westminster Bridge, and was hosted by Alice Levine for the seventh year. Held in partnership with AIM and UK Music, the awards recognise women and female-identifying people across the music business. This year’s ceremony honoured industry leaders and artists in 12 categories.

In addition to Nova Twins, honourees this year included BPI chair YolanDa Brown, who took home the Music Champion award, and Universal Music UK executive vice president Selina Webb, who was recognised with the Outstanding Contribution award. Melanie C received a standing ovation when accepting her award for Inspirational Artist, in recognition for her work with the Spice Girls and as a solo artist. The Campaigner award went to The Black Music Coalition, whose leadership team is made up of Char Grant, Afryea Henry-Fontaine, Sheryl Nwosu and Komali Scott-Jones.

The Women in Music Awards also recognised its 2022 Roll of Honour at the awards, with 14 executives being celebration for their work.

The full list of winners and honourees for the 2022 Women in Music Awards is:

The Company Award: Diversity in the Workplace - Come Play With Me

Businesswoman of the Year - Chloë Roberts, COO of Young

PeakMusicUK and We Are The Unheard