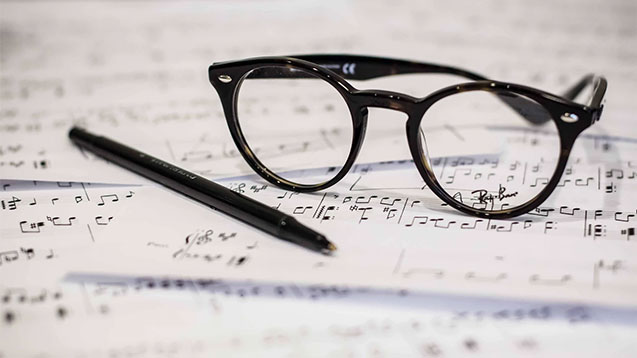 Just 5.3 percent of 1,445 concerts scheduled for the 2018-2019 season worldwide will include works by women composers, a new study finds.

Just 5.3 percent of 1,445 concerts scheduled for the 2018-2019 season worldwide will include works by women composers, a new study finds.

Research by independent classical label Drama Musica has revealed that of the concerts it surveyed, 1,368 (94.7 percent) will only feature works by male composers, while just 76 (5.3 percent) will include works written by women.

Across the 1,445 concerts - performed by 15 orchestras around the world – a total of 3,524 musical works will be featured; 3,442 written by male composers and only 82 by their female counterparts.

These numbers were gathered from information on the concert programmes of the most influential orchestras worldwide, as selected by Gramophone magazine .

Di Laccio said: ‘What started as a personal interest, turned into an eye opener! The more I research, the more I discover about the fascinating stories and some outstanding music written by women composers that have simply been neglected for too long. I think it is time we all get involved: as performers and as organisations to make sure we increase the visibility, equality and education for future generations.’

DONNE has launched a crowdfunding campaign to gain global community support and raise funds to release a five CD series of works by women composers. 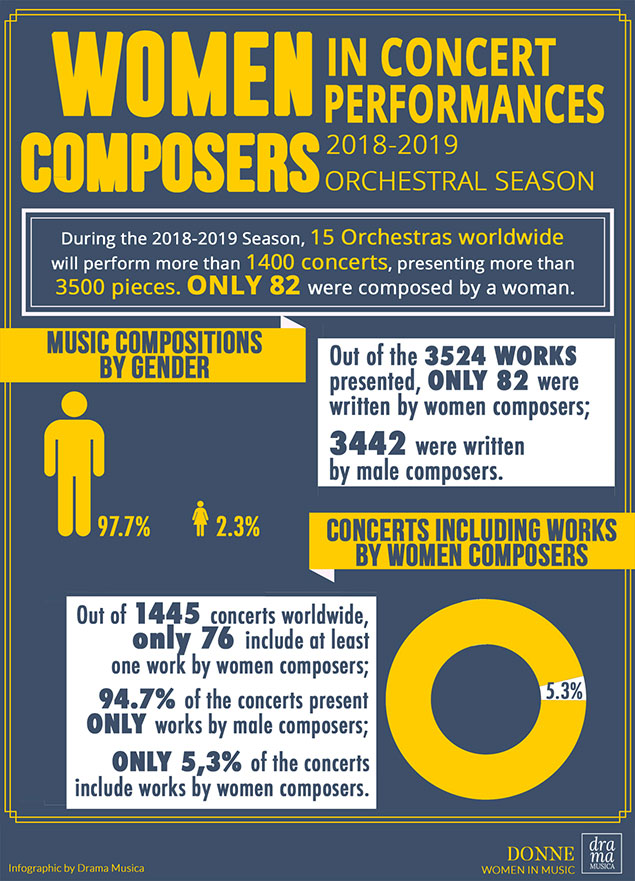