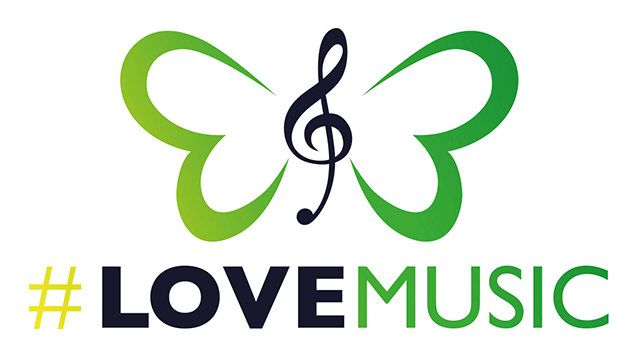 Organisations from across the UK music industry have united to call on European Members of Parliament (MEPs) to secure music's future online - get involved.

Organisations from across the UK music industry have united to call on European Members of Parliament (MEPs) to secure music's future online.

PRS for Music, British Academy of Songwriters, Composers and Authors (BASCA), Music Publishers Association, PPL, the Musicians’ Union and the BPI are among the organisations behind the new campaign, dubbed #LoveMusic.

At the crux of the initiative is a petition for music-makers, music fans and rightsholders to sign, which calls on the European Parliament to secure the future of music online. Sign the petition here.

#LoveMusic, which has adopted a butterfly and clef motif, launches two weeks before a crucial vote on the European Copyright Directive, on 12 September.

The vote follows a smaller, 'plenary' vote last month in Brussels, which failed to win unanimous support for the draft directive.

Disagreement centred around the now infamous ‘Article 13’ clause, which aims to make online services liable for uploaded content unless they take ‘effective and proportionate’ measures to prevent copyright infringements.

The motion sparked a massive counter-campaign by the tech lobby, with the European Parliament now welcoming amendments from all sides, ahead of September vote.

#LoveMusic organisers said: ‘The creative industry is a vibrant ecosystem that supports many creators. Music creators are like butterflies in this rainforest - beautiful and delicate.

‘Yet some of the global tech giants are laying waste to our creative world, threatening music's vibrancy and diversity by not fairly compensating creators for the use of their work.

‘Creators need protection, or the world of music will suffer. The butterfly is a symbol of the fragility of the ecosystem and that's why we have adopted it as our campaign logo.’

Learn more about the #LoveMusic campaign.