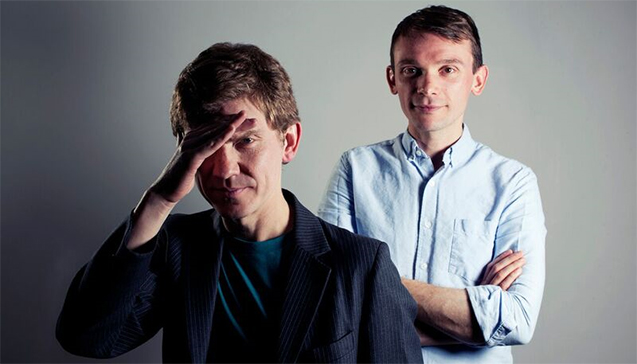 Musicians unite to mark the Battle of the Somme

Sunderland art-rockers Field Music and Saint Etienne’s Bob Stanley are among the artists collaborating to honour the centenary of the infamous Battle of the Somme.

Sunderland art-rockers Field Music (pictured) and Saint Etienne’s Bob Stanley are among the artists collaborating to honour the centenary of the infamous Battle of the Somme.

Together, they will provide the live score to Asunder, a film about North East England’s involvement in the World War One battle.

The Royal Northern Sinfonia will be conducted by Hugh Brunt, artistic director of the London Contemporary Orchestra and Radiohead collaborator.

Sunderland quartet The Cornshed Sisters will also perform an a cappella rendition of traditional Wearside folk tune The Rigs of Sunderland Fair.

The premiere takes place at the Sunderland Empire on 10 July before visiting select venues around the UK.

Field Music’s David Brewis said: ‘The chance to write something completely new and play it with an orchestra doesn’t come around very often. And as we heard about the plans for the film, the idea of telling a more complete story about our home town and how the war affected it was very appealing.

For more info, and tickets, see https://www.1418now.org.uk/commissions/asunder/
News
Back to top
Close