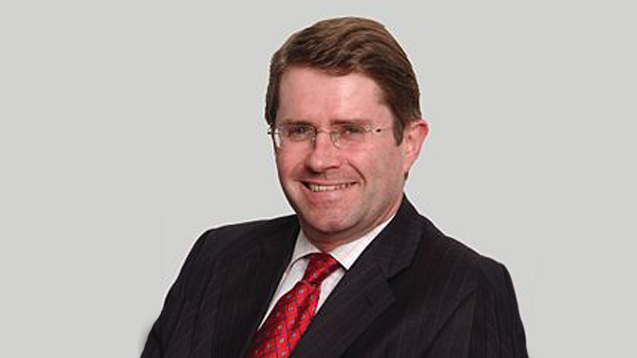 ‘As far as the British economy is concerned, music is an important earner of foreign currency. It also bolsters the reputational soft power of British culture - it gives us a good image in the world,’ he continues.

Kevin is chatting to M about the current state of the UK’s creative industries from a political perspective, and below, outlines some of the key areas that politicians, songwriters and the wider music industry should collaborate on to ensure the future strength of British music.

He’s been an MP since 2001, and recently became the shadow minister for trade, industry and Intellectual Property (IP), with a remit which covers trade and investment, export licensing and innovation.

He’s also a massive music fan and guitarist, and is a member of the parliamentary rock band MP4 alongside fellow MPs Pete Wishart, Ian Cawsey and Greg Knight. The band have been going since 2004 and now have handful of releases under their belt.

What do you think the music industry can do to encourage IP protection?
It’s really important to make the moral case. Creative people deserve to be rewarded for their work and those who enjoy, consume and use it should understand that it is somebody’s work and it is their intellectual property.

Sometimes, in recent years, practices like illegal downloading have been perceived as victimless, when actually they’re greatly damaging creators’ ability to earn from their work. It’s crucial to make the case for creatives and for the importance of embracing IP in an ethical way. Everyone must understand how important IP is for the creative industries and for British business in general.

How are you engaging with songwriters, rightsholders and the wider music industry on this?
Well, actually I feel quite fortunate because over the last year or so I’ve been undertaking a music industry and parliament trust fellowship. It has involved going to visit music publishers, composers and songwriters, as well as representatives across the record industry, retail and live business. I feel I’ve got a fairly well-rounded picture of the impact of public policy in these areas and how government, both at UK and European level, can have an impact on the music industry and on songwriters and composers and publishers.

British music is a global success story. What more should the government do to encourage continued growth?
As far as the British economy is concerned, music is an important earner of foreign currency. It also bolsters the reputational soft power of British culture - it gives us a good image in the world. So I think government needs to recognise that, and accept that the music industry is an important part of our national identity. They should create an environment in which research and development – basically, nurturing new talent - can be encouraged.

The government should also make sure it is designing and supporting the right kind of IP framework and bringing together the important players in the way that only government can do to solve some of the issues.

What are the biggest threats and challenges to IP protection at the moment?
There are some interesting developments at European level around the digital single market. It’s a really important issue that superficially sounds like a great idea but potentially could have a big impact on creators and the creative industries.

We need to ensure European politicians are looking at the bigger picture and understand all the issues facing the music industry right now. The streaming situation, in regards to artist remuneration, is a big issue. It seems to me that we’re entering a world where many people will consume their music as part of an overall entertainment subscription. How will that change things? We all need to ensure that musicians, songwriters, composers, as well as performing artists, are properly rewarded in that model.

You mentioned the digital single market – what do you think these reforms should seek to achieve?
I think it’s a good idea that the content a person has purchased in one country can be portable around the European Union. What’s possibly a bit more complicated about all of this is the general idea that you should be able to buy content anywhere in Europe at exactly the same price from exactly the same platform. In theory that might sound attractive, but what are the full implications for rightsholders?

What are you focusing on now and in the months to come?
We’re developing good connections and networks within the music industry in order to be able to hold the government more effectively to account. I think in terms of developing new policies, we’re going to be doing that over the next couple of years rather than the next couple of months.
News
Back to top