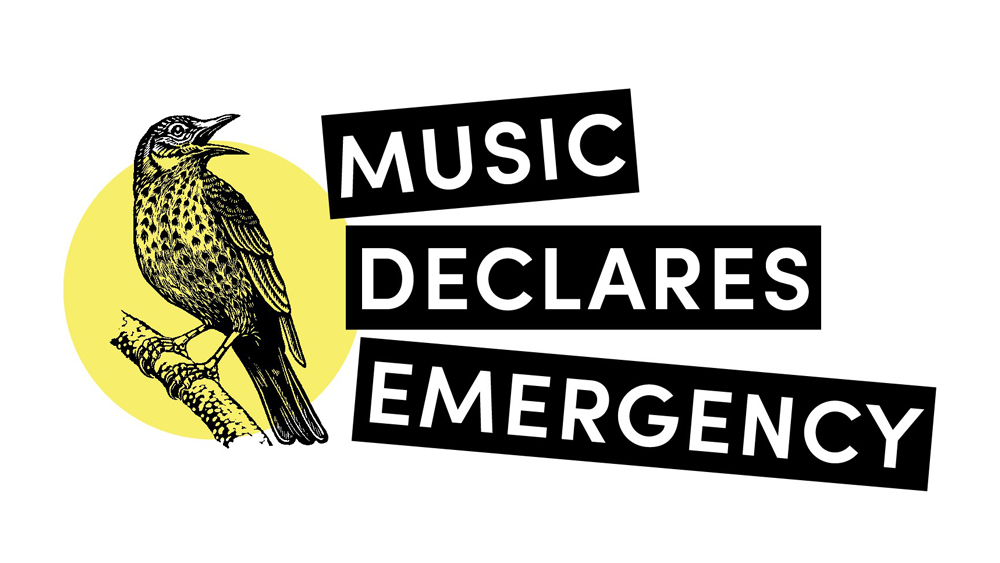 Leading figure from the across the music industry have joined together through the newly formed Music Declares Emergency (MDE) to declare a climate and ecological emergency.

Leading figure from the across the music industry have joined together through the newly formed Music Declares Emergency (MDE) to declare a climate and ecological emergency.

The MDE is an independent group comprised of music business executives and artists who are pushing for a consistent industry-wide response to climate emergency.

The group’s aim is to drive public understanding and pressure government to take action on climate and biodiversity loss.


The MDE commits to:

Tom Odell says:’The climate is changing, we must respond quickly, and protect this beautiful earth we share with so many heavenly creatures and plants. We must act, otherwise we shall have no one to blame but ourselves.’

Fay Milton, drummer with Savages and member of the MDE working group comments: ‘As I sat at a music festival in the desert, watching Extinction Rebellion’s action unfold so beautifully in London, I realised that something had to change. It seemed like the music world had lost touch with reality, partying like there’s no tomorrow, when ‘no tomorrow’ has become the forecast. On realising I wasn’t alone with these thoughts, Music Declares Emergency was born. The momentum of support has been huge and making a declaration is just the first step to creating real change. We face a climate and ecological emergency and the only proportionate response is to act boldly and act now.’

Chrissie Hynde adds: ‘It's astonishing how it’s been 30 years or more since these issues became obvious and yet we are still in the early stages. This declaration needs to be the moment where music steps up and really pushes the truth to our audiences and confronts governments so that things happen much more quickly. We need to keep up the pressure for action but we can all make changes now by recycling, using less energy, changing our diets and finding out more about the real emergency we face.’

Joe Goddard of Hot Chip says: ‘I think it’s important to support this cause because I’m personally interested in survival and the survival of my children.’

Mike Smith, Warner Chappell Music, comments: 'It’s vital that we back this campaign. The threat from climate change is real and we all need to play our part in combatting it.  Music may not have the impact of some other industries, but we can still do more to reduce our own carbon footprint and use our platform to spread the message that action needs to be taken.'

For more information and the full list of signatories, please visit musicdeclares.net.
News
Back to top
Close