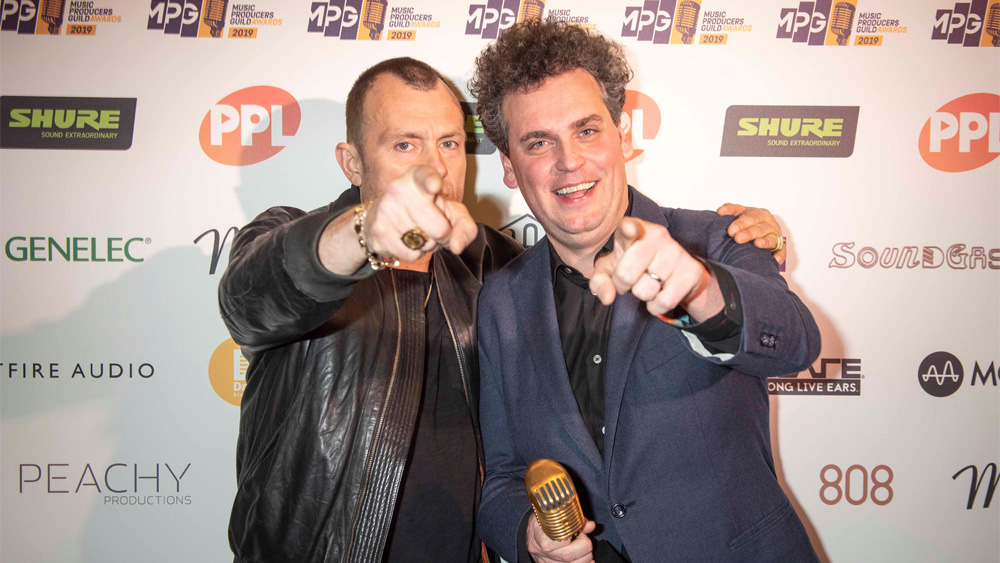 The 2019 edition of the Music Producers Guild Awards took place last night (Thursday) at London’s Grosvenor House with James Ford taking the top accolade of Producer of the Year.

The 2019 edition of the Music Producers Guild Awards took place last night (Thursday) at London’s Grosvenor House with James Ford (pictured) taking the top accolade of Producer of the Year.

Ford, also a founding member of Simian and Simian Mobile Disco, was recognised for his work on Arctic Monkey’s Tranquility Base Hotel & Casino, Everything Everything’s A Fever Dream and Gorillaz’s sixth studio album The Now Now.

The annual awards ceremony celebrates the creativity, skill and talents of recording professionals and for the second year running female nominees took home a quarter of the accolades, with Dani Bennett Spragg bagging the Breakthrough Engineer of the Year and Mandy Parnell presented with the Mastering Engineer of the Year gong.

Elsewhere, Skepta was given the MPG Inspiration Award Hugh Padgham, who received the PPL Present The MPG Award For Outstanding Contribution To UK Music, and Rockfield Studios founder Kingsley Ward and his family who received a Special Recognition Award.

Their achievement was marked by a special performance featuring artists who have recorded projects at Rockfield, including James Dean Bradfield from the Manic Street Preachers.

The event was hosted by BBC 6 Music’s Shaun Keaveny and was attended by over 350 people.


For a full list of 2019 MPG Award winners is as follows:

Re-mixer of they Year, sponsored by Synchro Arts Shura

Breakthrough Producer of the Year, sponsored by Focusrite Dilip Harris

UK Album of the Year, sponsored by Universal Audio Everything Everything: A Fever Dream

UK Single Song Release of the Year, sponsored by Shure Anna Calvi: Don't Beat The Girl Out Of My Boy

Studio of they Year, sponsored by Soundgas Strongroom

The MPG 2019cAwards categories in the gift of the MPG are:

The MPG Inspiration Award, sponsored by Audio Note, which was awarded to Skepta

PPL Present The MPG Award for Outstanding Contribution To UK Music, sponsored by PPL and awarded to Hugh Padgham

The Special Recognition Award, sponsored by Steinberg, was given to the Ward Family and Rockfield Studios.
News
Back to top
Close