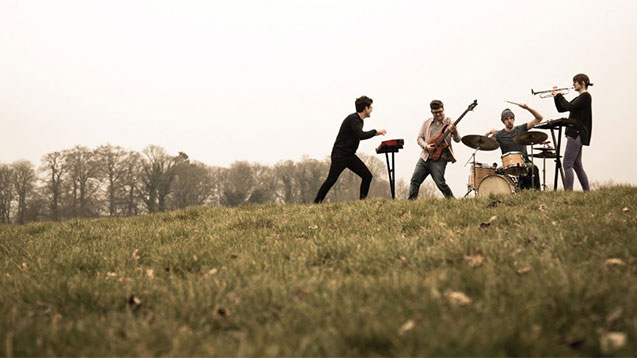 Jazz band Dinosaur and rapper J Hus are among the Mercury Prize 2017 nominees to benefit from a pre-event sales boost, new figures have revealed.

Jazz band Dinosaur (pictured) and rapper J Hus are among the Mercury Prize 2017 nominees to benefit from a pre-event sales boost, new figures have revealed.

Laura Jurd’s Dinosaur have seen sales of their debut album Together, As One rise by 38 percent following their Mercury Prize tip, Official Charts Company data can confirm.

J Hus has also enjoyed a surge in popularity following his nomination – with his debut album Common Sense shifting 18,000 copies in the six weeks since the announcement, according to Music Week.

Normally, Mercury Prize winners and nominees enjoy an uplift in sales after the awards ceremony.

Last year, Skepta saw sales of his winning album Konnichiwa rocket by 260 percent in the days following the event. The 'Mercury effect' also positively impacted nominees including The 1975 and Michael Kiwanuka.

Alt-J – Relaxer
Blossoms – Blossoms
Dinosaur – Together, As One
Ed Sheeran – Divide
Glass Animals – How To Be a Human Being
J Hus – Common Sense
Kate Tempest – Let Them Eat Chaos
Loyle Carner – Yesterday’s Gone
Sampha – Process
Stormzy – Gang Signs and Prayer
The Big Moon – Love in the 4th Dimension
The xx – I See You
News
Back to top
Close