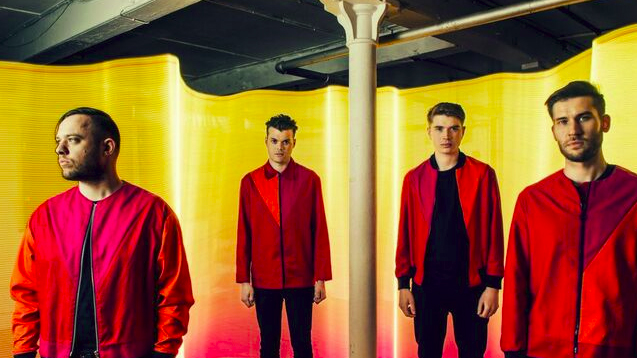 The new initiative will add to the building’s musical legacy - which includes TV debuts from The Beatles and The Sex Pistols - by hosting, streaming and archiving its own television-style, online music programming.

Low Four launches on 27 May with a performance from Manchester indie rockers Everything Everything to be streamed across lowfour.tv. You can win tickets by following @LowFourStudio on Twitter.

Boasting a six camera, Ultra High Definition video system, the Low Four team will be recording live performances from both established international touring acts and emerging local artists. The inclusion of an audience viewing balcony means that these recordings (along with other special events, concerts and parties) will be made open to members of the public.

Michael Spearman from Everything Everything said: ‘We’re really excited to help launch what will be an incredible new project for Manchester, and to play in front of our fans in such an iconic, intimate space.

‘We visited Low Four before committing and were taken aback by the live room. It’ll be a very different experience to a regular gig as it's such a detailed sonic environment, and as result less forgiving so it'll keep us on our toes.’

The studio’s larger goal is to reflect and reaffirm Manchester's international reputation for music and youth culture but to also nurture new talent directly; pledging to make regular awards to the city's most promising new musicians by granting free recording time and access to the studio’s production and development team. Application will be open to everyone through the Low Four website. Behind the scenes, Low Four will be training and inspiring future generations of music and video producers through an education partnership with the University of Salford.

Follow @LowFourStudio for more information.
News
Back to top
Close