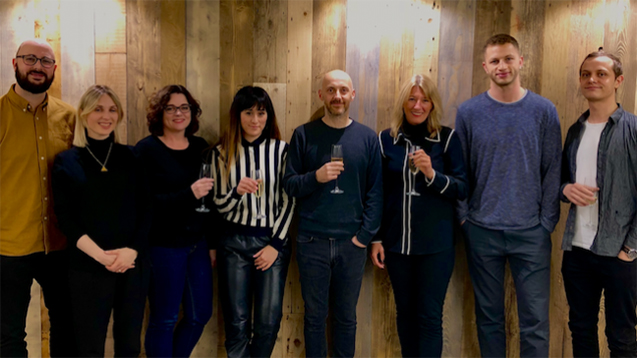 The Ivor Novello award winning writer – who has written for Lana Del Ray, Rihanna and Bat For Lashes – signed a global publishing deal with the company.

Parker had his breakthrough in 2011 as co-writer on Lana Del Ray's hit Video Games, and went on to write 12 songs with the singer, five of which appeared on her critically acclaimed album, Born to Die.

Kim Frankiewicz, Executive Vice President of Worldwide Creative at Concord Music (pictured, third right) said: 'Justin is a once in a generation songwriter. His songs have provided the soundtrack for so many; we are absolutely thrilled to welcome him to Concord in what looks to be a very exciting year.'

Parker added: 'From the first moment I met Kim and her team, I knew Concord was the right place for me. Their genuine passion for what I do and the idea of working with a more boutique publisher was the perfect combination. I’m really excited about the music we’re going to make together.'