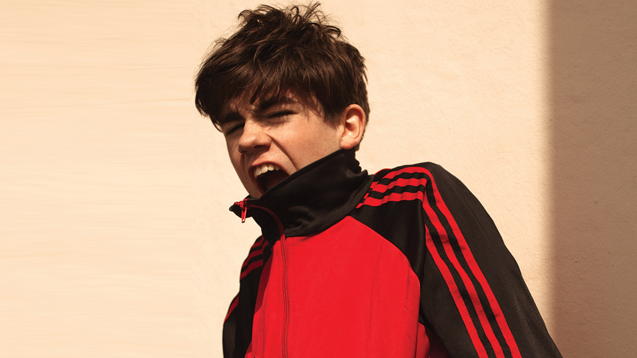 We meet some of our newest members to join PRS for Music in the latest quarter including Declan McKenna, Mutado Pintado and Wolfgang and Camilla Buttress...

We meet some of our newest members to join PRS for Music in the latest quarter including Declan McKenna, Mutado Pintado and Wolfgang and Camilla Buttress...

Quitting school and giving up on your GCSEs to work on your debut album could be seen as an outburst of youthful arrogance rather than a display of any real songwriting nous. But Declan McKenna is a teenager whose music goes further than typical angsts. Instead of unrequited lust or getting smashed in parks on cheap cider, his songs show off an artistry more fully formed than many older songsmiths.

Written in the summer of 2014 about FIFA President Sepp Blatter and the corruption swirling around that year’s football World Cup, Declan’s debut single Brazil married meaning to melodies strong enough to win him a place on the books of Columbia Records alongside PEACE and The Vaccines.

While the ink was still drying on the contract, he entered and subsequently won the 2015 Glastonbury Emerging Talent Competition. His victory led to a slot on the festival’s main stage, plus a £5,000 development bursary from the PRS for Music Foundation.

Declan’s second single upped the ante even further. Paracetamol is a song inspired by the tragic tale surrounding trans-teenager Leelah Alcorn, who took her own life in December 2014. While the darker end of reality continues to be his muse (Isombard tackles police brutality, The Kids Don’t Wanna Come Home was written after the Paris terror attacks), Declan doesn’t sacrifice his love for earworm pop over message. Instead, he manages to successfully meld the two, meaning his music has been a huge hit over 2016’s festival season with a new generation of switched on music lovers wanting more from their sing-a-long pop.

With James Ford (Arctic Monkeys and Foals) joining Neil Comber on production duties, a debut album is currently in the works. So it seems this kid is more than alright. He’s going places. 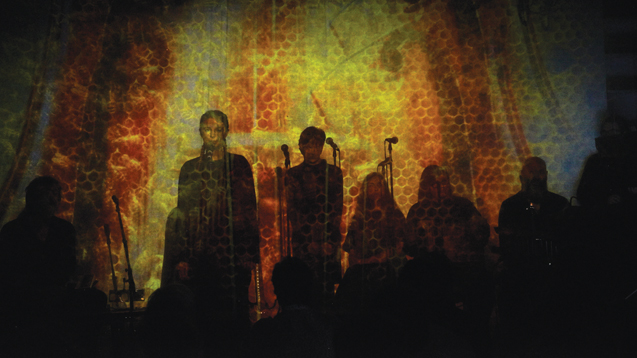 Award-winning artist Wolfgang Buttress and his daughter Camille have taken the dialogue between humans and the natural world to the next level with One, a collaboration between a musical ensemble and 40,000 bees.

The work was part of The Hive, an installation from the multi-award winning UK Pavilion Milan Expo 2015. The piece sought to highlight the importance of the honey bee in our food chain and their plight as a species. With the help of BE, a loose collective of musicians including Spiritualized’s Kev Bales and Jason Pierce, plus Wolfgang and Camille, One was an improvisation based on the key of C set off by a live audio stream from a huge hive of bees.

The Hive is now on display at Kew Gardens while BE have given a series of much-acclaimed live performances at festivals including Glastonbury and Blue Dot.

Teenage songwriter Camille’s musical improvisations with classically trained cellist Deirdre Bencsik provided the musical basis for the BE soundscape and the accompanying album. New material is expected from her in early 2017.

As songwriters go, Mutado Pintado could be one of the capital’s most colourful and eclectic. He’s frontman for Paranoid London, a revered live techno act well known for playing hard and fast. They’ve been causing a stir at raves across the world with their driving, unhinged acid and were judged one of the best live acts in electronica by Resident Advisor. On the flip, he sings with Warmduscher, an offshoot of Fat White Family, who are currently working with Kate Tempest producer Dan Carey on a second album.

Mutado is also vocalist in Save, a collaboration with Colder’s Marc Nguyen Tan, and is bringing his lyrical filth to a new project with Iggor & Laima Cavalera (Sepultura/Mixhell) and Joe Goddard of Hot Chip.

Bad Breeding and their music are an anarchic blast of DIY punk, angry at the austerity and political upheaval of these turbulent times.

The group’s debut single, Burn My Flag, effectively set out their stall, a breathless, exhilarating roar of anger drawing on the frustration of their day jobs and their frustration with the authorities.

After endless touring, the Bad Breeding unleashed their self titled debut album earlier this year with the likes of Corrupting Fist, Age of Nothing and the aforementioned first single all proving to be highlights.