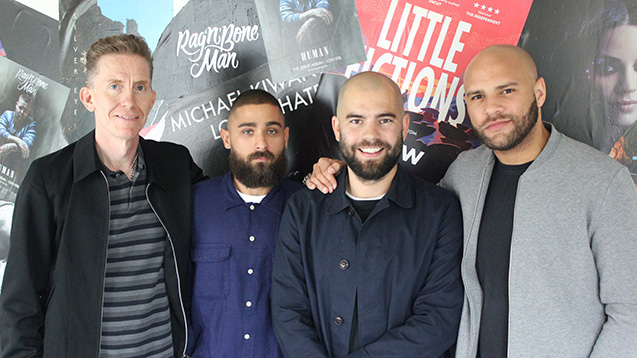 The singer, songwriter and Katy B/MNEK collaborator has signed a worldwide deal with the music publishing company, whose roster includes Beyoncé and Madonna.

He has also worked with fellow songwriters and producers including Adam Argyle, Andrew “BullySongs” Bullimore, Katy B, Laura Dockrill, MNEK and SG Lewis.

Record began his recording career with the EP For Your Love in 2012, which was released on National Anthem and went to number two on the iTunes UK singer-songwriter chart.

His critically acclaimed sophomore EP, War, was released the following year and was named the ‘Hottest Record of 2013’ by Zane Lowe on BBC Radio 1.

In 2013, Record signed with Virgin Records and released a third EP, Bones. His debut album Pillars came out in July 2014 following a tour with Sam Smith.

Speaking about his signing with WCM, Record said, 'I’m so pleased', adding: 'They’ve got a great reputation for helping songwriters build their careers and I’m looking forward to working with Paul Smith and the rest of the team as I take my songwriting to the next level.'

Paul Smith, senior international creative manager at WCM (pictured right) said: 'Josh is an incredible songwriter who has worked with some of the best in the business.

'We’re so delighted to support him on the next stage of his journey, building his career as a leading international songwriter.'
News
Back to top
Close