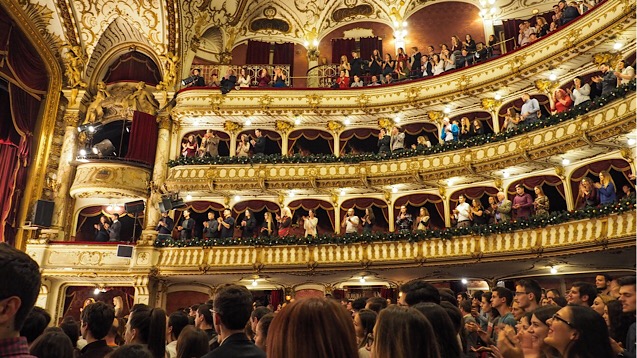 The finalists for the 2019 International Opera Awards have been revealed with London’s Royal Opera House leading this year’s shortlist.

The finalists for the 2019 International Opera Awards have been revealed with London’s Royal Opera House leading this year’s shortlist.

The shortlist was compiled by an international jury chaired by John Allison, editor of Opera Magazine, and the winners of all the categories will be decided by the jury bar the Reader’s Award.

The winners will be announced at the annual red-carpet event, which takes place at London’s Saddlers Wells on Monday 29 April.

The gala event will be hosted by Petroc Trelawny and is set to feature live performances from stars of the opera world.

Highlights of the Mazars sponsored evening will be broadcast on BBC Radio 3 shortly after the event.

John Allison, chair of the jury, commented: ‘It’s gratifying that we received a record-breaking number of nominations for this year’s International Opera Awards, and I feel that this excitement is reflected in the shortlists we’re announcing today. Spanning six continents, these shortlists — chosen by our international jury — reflect the truly cosmopolitan nature of the art form, and the vibrancy of work being done despite challenges faced by opera companies large and small everywhere.’

For more information about the awards and to vote in the Reader’s Award, please visit operaawards.org
News
Back to top
Close