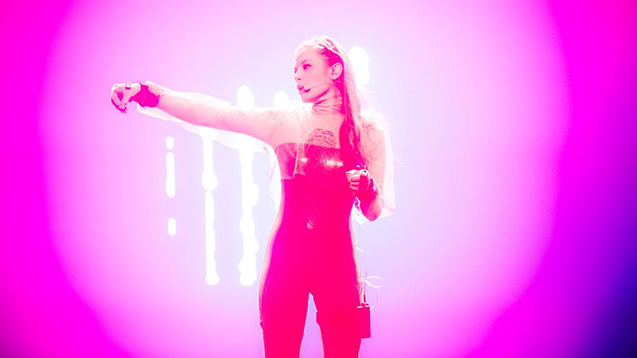 Immersive technologies can be a positive tool for artists to experiment with and have the potential to fully immerse audiences in music, according to producer and singer Chagall.

Appearing on last night's (Wednesday) PRS Explores: Immersive Technology panel, the London-based musician spoke of today's listening habits, where people tune in to music on the go and don't necessarily fully immerse themselves in a record from start to finish.

'Our attention span is so short these days, so what I’m hoping is that audiences will want to experience music from start to finish and pay attention to it,' she said. 'I want to use Virtual Reality [VR] to assist people to stay in the moment.'

Chagall currently uses new technologies such as Imogen Heap's Mi.Mu gloves to render electronic sounds, effects and visuals during her live performances and is now exploring the option of making music for VR.

She praised immersive technologies for their potential to encourage funding bodies and record labels to support more music outside of the mainstream.

'What I’m hoping is I will feel more encouraged to experiment as a musician and make more interesting music,' she said.

Calling for the industry to take a chance on artists who use these new technologies, Chagall added: 'At the moment it’s quite unsupported. The industry finds it a bit difficult because it's not been done before so we don’t know what people are going to think or if we’re going to spend money on it.'

Watch back the live stream here.