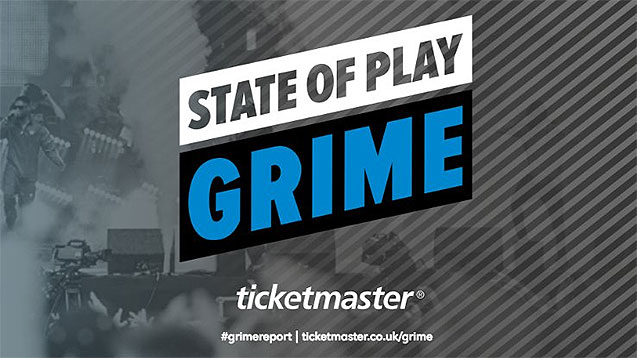 Grime as disruptive as punk for UK music, study shows

Grime could be as disruptive as punk for the British music industry but one of its biggest challenges is the state, the first academic study into the genre has found.

Grime could be as disruptive as punk for the British music industry, the first academic study into attitudes towards the genre has found.

Ticketmaster’s State of Play: Grime report states that it has officially ‘taken hold in the UK’, with three out of four people aware of it and 43 percent listening to it either actively or passively when it’s playing in the background.

In 2017, it has reached an increasingly wide and more diverse audience, which transcends cultural boundaries as fans and artists embrace the democratisation of the genre.

Of those who listen to grime, the majority do so through radio and YouTube. However, when combined, streaming services are the main listening source, with half of listeners using at least one of streaming platforms to tune in.

Looking at the live side, the report said grime embodies the new way people attend music events. They now rely heavily on social media to hear about gigs and are not just attending for the music, but for the experience and the overall event itself.

In the foreword, author Mykaell Riley, head of music production and director for Black Music Research UK, University of Westminster, stated that, all things considered, grime could provoke the most disruptive cultural transformation of the British music since punk.

He added: ‘With its successes in both the singles and album charts, its arrival on the festival circuit and its growing international following, grime continues to defy industry assessments of its potential.’

However, he cautioned: ‘One of the challenges for contemporary Black music in Britain is the state.

‘I’m refusing to use negative terms when it comes to describing Black music in Britain. Even the term Black has negative connotations even before you get to music. There is a historical challenge to the creative output whether it’s music, fashion or at work in the arts. Music is upfront and it’s loud.’

Elsewhere, the report found grime continues to face opposition despite its overwhelming growth.

It includes a call for Form 696, a risk assessment form that has stopped grime acts from happening, to be adapted to reduce its potential as a barrier to grime events.