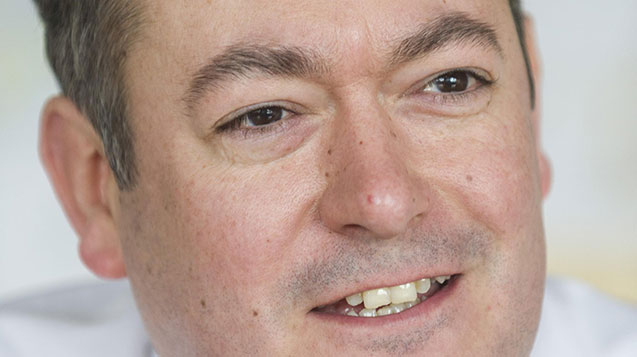 UK Music chief executive Michael Dugher calls on the government to extend the Parental Leave Bill to cover the self-employed and help support the livelihoods of thousands of people working across the music industry...


The cream of the British music industry will come together tonight for the Brit Awards, the glitzy annual bash featuring performances from the likes Ed Sheeran and Sam Smith.

But what is sometimes forgotten is that for every big-money global superstar, there are tens of thousands of people struggling by in the industry on low wages.

That’s why the move this week to improve the current legislation over shared parental leave is so important. Since it was introduced in 2015, shared parental leave legislation has meant that employed couples can split up to 52 weeks of their time off after the birth of their child, and get 39 weeks of statutory pay.  But that right does not extend to self-employed parents.

Many of them work in creative industries. There are so many musicians, actors and other freelancers working in the sector or as part of the growing and often precarious ‘gig’ economy.

But at present these self-employed workers are denied what is now seen as a basic workplace entitlement – the right to split their parental leave with their partner.  Self-employed mothers must take statutory maternity allowance in one go and cannot go back on to it after doing some work. Self-employed fathers have no access whatsoever to parental leave or pay.

The new law would be a major step forward in the fight for gender equality...

Today, we have a chance to take steps towards correcting that obvious injustice by supporting Tracy Brabin’s proposed legislation to radically improve the current rules. Tracy, a former actress who is now one of Labour’s most talented MPs, knows the struggle faced by self-employed parents. She and her partner raised a family when they were both freelancing in the creative industries.

Tracy is taking her proposed legislation – the Shared Parental Pay and Leave (Extension) Bill - to parliament. Her ‘Ten Minute Rule Bill’ is the latest step in the Parental Pay Equality campaign which was set up last April by the brilliant and tireless Olga FitzRoy - a music producer who has worked with Coldplay, the Foo Fighters and Muse among others.

Rallying behind the campaign, Coldplay’s Chris Martin said: 'So many of our crew, both in the studio and on the road, are freelance, and we don’t want to lose half of that talent when they become parents - we want them to be able to share their parenting in a way that works for them, and isn’t dictated by being a man or a woman.'

The campaign has backing of the Music Producers Guild, UK Music and our members. It has attracted the support of thousands of self-employed workers in the creative industries, as well as MPs from across the political divide.

This change to allow parents to share their leave after the birth of their child would not cost anything extra as new mothers would just share their existing maternity allowance with their partner.

As well as providing vital support to those in the creative industries, it will help many others in other sectors like education, physiotherapy, engineering and many other areas where workers are increasingly employed on a short-term or freelance basis.

The government should take the opportunity to boost the take-up of the scheme and make it fair for everyone...

The recent Taylor Review has opened up a discussion across government and industry about workplace entitlements. So there is no better time to change the rules so all new mothers and fathers can benefit from shared parental leave.

According to the latest figures from the Department for Business, just two per cent of an estimated 285,000 eligible families have used their entitlement to shared parental leave.  In other countries where shared parental leave has been introduced, the uptake is far higher – up to 91 per cent in the case of Iceland.

The Government should take the opportunity to boost the take-up of the scheme and make it fair for everyone by supporting Tracy Brabin’s Bill and the campaign for parental leave to be shared.

The new law would be a major step forward in the fight for gender equality, particularly in the creative industries where 44 per cent of the workforce are self-employed.

An estimated 24,000 self-employed women claim Maternity Allowance every year and could benefit from this change in the law. The number of self-employed new fathers is unknown as they currently do not qualify for any paternity or parental pay, so they do not appear in the statistics.

But what is clear is that the present system is flawed and urgently needs reform.

This is a simple change that would help make a real difference to self-employed workers. As we rightly come together at the O2 this week to celebrate our astonishing global musical talent at the Brits, I hope everyone will also throw their support behind Tracy Brabin’s Bill.