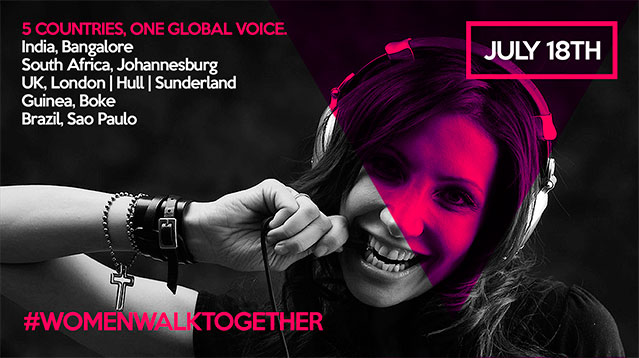 A dedicated showcase for women in music event production, presented under the #WomenWalkTogether banner, will launch around the world next month.

A dedicated showcase for women in music event production, presented under the #WomenWalkTogether banner, will launch around the world next month.

It takes place in five countries simultaneously on 18 July, with each territory hosting at least one live gig led or mentored by female production teams.

They will include two or three artists, a live connection to the other global events and an opportunity to meet and network with pioneering female technicians.

The project is backed by The Elders, a network founded by the late Nelson Mandela 10 years ago, alongside the United Nations Association of Westminster, Kin of Kush (lead by Kofi Annan’s daughter in law), Four Corners of the World and Youth Production Network.

UK community outreach programme, CAN YOU CIC IT, has been invited to be the UK partner, with its gender equality initiative, Yes She Can, coordinating the efforts.

Ahead of the London show, which takes place at the iconic 100 Club on Oxford Street, there will be a walk through the capital, starting at the Mandela statue in Parliament Square.
News
Back to top
Close