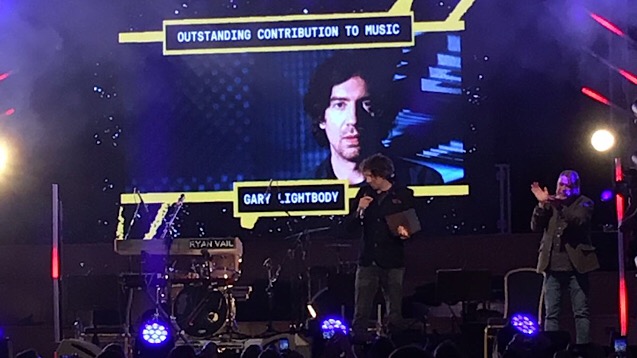 The Snow Patrol frontman was honoured for his outstanding contribution to music at the Northern Ireland Music Prize 2018 last night (15 November).

The singer, songwriter and musician is the first recipient of the award, which was presented in recognition of his contribution to music as an artist, as well as his active role in supporting grassroots and emerging acts from Northern Ireland.

The multi-platinum selling and award-winning songwriter has co-written with artists including Ed Sheeran, Taylor Swift and One Direction, and was instrumental in the setup of the Oh Yeah Music Centre in Belfast.

He said: 'To get an award like this... you can't do it on your own. I thought it was a good opportunity to say thank you to a lot of those people, to stand up and represent my band of brothers Snow Patrol, to thank them on a personal level.'

Charlotte Dryden, of the Oh Yeah Music Centre, said: 'Not only is he one of the most successful musicians to come out of Northern Ireland, but he has always been an incredibly supportive and committed champion of the local music community.'